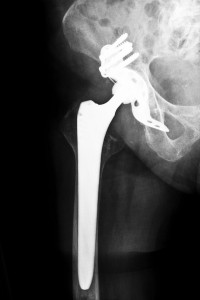 Metal-on-metal hip replacements were originally meant to resolve pain and lack of mobility for men and women with problem hip joints, but over the past several years, several companies have been named in lawsuits alleging that their hip implants are defective. DePuy Orthopaedics will reportedly pay $2.5 billion in damages after nearly 12,000 lawsuits were filed as a result of alleged devects with its ASR hip replacement system. Other manufacturers of hip replacement systems have also been sued, including Smith & Nephew, Biomet, Zimmer Holdings and Stryker Orthopaedics. In June, another company joined these companies when an attorney filed the first lawsuit against Omnilife Science, Inc. on behalf of a Florida woman who received its Apex ARC Hip System.

Although this lawsuit was filed in Massachusetts on behalf of a Florida resident, many believe that people in states across the U.S., including Iowa, could file similar suits. Iowa residents who have received the Apex ARC Hip System or another implant should consider contacting Attorney Group for Iowa.

The lawsuit against Omnilife Science and its subsidiary Orthopaedic Synergy, Inc. was filed in Suffolk County Superior Court in Massachusetts by a Florida resident. The plaintiff alleges that one year after having the Apex ARC Hip System implanted in her left femur, she began to experience painful symptoms in her left hip.

When the plaintiff visited her doctor to discuss the issue, she was examined and tested. A blood test revealed that she had high levels of chromium, cobalt and titanium in her system, and during another examination, her doctor found a large mass that was identified as a chronically inflamed pseudotumor.

The plaintiff had to go through three separate procedures to relieve her of the pain and correct the problems in her hip, including sciatic nerve neurolysis, debulking of the tumor and revision arthroplasty. During the hip revision, her doctor discovered corrosion at the taper junction of the implant consistent with that of artificial hip components named in other metal-on-metal hip lawsuits.

What Is the Apex ARC Hip System?

In 2012, Onmilife Science delivered an early shipment of Apex ARC devices to Milford Hospital in Connecticut. A press release issued about the delivery quoted a surgeon, Dr. Amit Lahav, as saying that the implant is a great alternative for young patients who engage in high levels of activity. In addition, the director of community relations, Karen F. Kipfer, said that patients did not have to be concerned about the harmful effects associated with other implants.

The Omnilife Science website states that the Apex ARC Hip System is uniquely designed to eliminate the flaws of metal-on-metal implants. However, when inspecting images and photos of the device, it appears to be identical to the Rejuvenate implant that was recalled by Stryker in July 2012.

If you are the recipient of an Apex ARC hip implant or a similar artificial hip, you may be at risk of developing painful symptoms and serious health issues. For more information concerning defective hip implant lawsuits, contact Attorney Group for Iowa today. We can help you understand your options and help you determine if you have a case. If you decide to pursue a claim, we can connect you with an affiliated attorney who can assist you in filling a lawsuit. Contact us today for your free consultation.