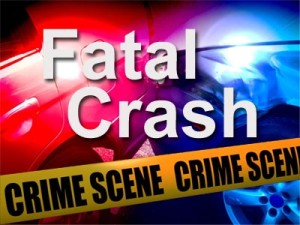 Unfortunately in Kansas, trailer accidents occur too often. A fatal accident occured recently on a Meade County road roughly 12 miles north of Plains. There, two liberal citizens were killed when the minivan in which they were passengers was hit by a trailer that came loose from the pickup truck to which was connected.

As mentioned in The Wichita Eagle, this was the second time in a three-month period that a trailer came completely loose from the pickup truck it was attached to, resulting in a fatality. In August, this happened in Great Bend to a couple from Hutchinson.

In the most recent Kansas trailer accident, a 2012 Ford F250 was northbound on Meade County Road 4. The trailer the truck was towing came loose from the pickup. It then hit the van being driven by Garcia.

The truck was being driven by Brian Stump, 44, of Hugoton. The Kansas Highway Patrol is investigating the crash.

In August, the couple who were killed were riding a motorcycle when another trailer broke loose from a pickup. In that trailer accident, Shawn and Danielle Schellenberger were killed. A memorial fund was established for their children. One of those children was a passenger on another motorcyle driven by their grandfather, who had to purposely crash his bikie to avoid the type of crash that killed his son and daughter-in-law. Although the grandfather had to be treated for injuries he sustained in the trailer accident, the child was not injured, according to The Witchita Eagle.

Have You Been Injured as a Result of a Trailer Accident?