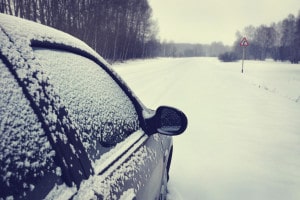 Winter Storm Cleon brought snow, ice and bitter cold to Arkansas on December 4, 2013. The National Weather Service estimated that ice accumulations ranged between one-tenth and two-tenths of an inch and that the total snowfall was between four and 10 inches. While many enjoy the picturesque snow and ice on the ground, the severity and duration of the weather left many without power. Additionally, winter driving accidents were reported across the state, and many travelers sustained injuries and vehicular damage due to nearly impossible driving conditions.

However, it is important to understand that just because someone hits you in adverse conditions such as icy or snowy weather, that does not excuse him or her from being at fault. For this reason, it is important to seek legal counsel from an experienced attorney to learn more about legal rights and how to seek recovery for any damages or injuries sustained.

A record-high number of winter driving accidents were reported as the result of the Winter Storm Cleon. In one unfortunate case, Arkansas State Police reported that a man was killed in a one-car crash in Little Rock. According to police, the man’s SUV went off the side of the road and hit a tree. The accident report noted that freezing rain was likely the cause of the crash.

On Interstate-40, a trooper was injured while investigating a crash, according to Arkansas State Police. The man was taken to a nearby hospital with minor injuries after a pickup truck hit his patrol car. The agency asserts that most of the crashes reported were “slide-offs,” or when drivers slid into medians along roadways or into ditches. There were also jackknifed 18-wheelers along Interestate-55 and Interstate-40, and trucks stalled up and down Arkansas 7 and U.S. 65.

While many feel that it had been rough going for a while, others argue that it could have been worse, despite the high number of reported incidents. However, the Little Rock Police Department reportedly worked 124 winter driving accidents between 12:01 a.m. Friday until 7 a.m. Tuesday. This figure includes 64 accidents with damage estimated to be less than $1,000 and 60 accidents with damage estimated to be more than $1,000. Although city streets were slippery in general, only two roads were closed due to safety reasons and were later reopened after they were cleared.

Additionally, hundreds of thousands of people in both Arkansas and Texas were surviving in the cold without electricity after the storm caused severe flight delays and made roads impassable. Many sought refuge in nearby hotels after losing heat and power, and one meteorologist for the National Weather Service claimed that the weather was something residents would typically see in January or February. Entergy reported 542 power outages in Pulaski County and, across the state, 11,600 customers were without power. Southwestern Electric Power Co. reported that 9,200 outages, and Electric Cooperatives of Arkansas had 35,000 customers in the dark.

Unfortunately, with so much damage in so little time, people may not be entirely prepared and attempt to venture out to the store. Those traveling to and from work may not be comfortable driving in such adverse weather conditions and may contribute to winter driving accidents. However, for those involved in car crashes in ice storms, ice or other adverse conditions do not excuse causing an accident. In some incidents drivers will attempt to report a no-fault accident, blaming ice. But Attorney Group for Arkansas wants drivers to be aware that just because driving conditions are not ideal and accidents can be commonly occurring, that does not mean the party causing the accident cannot be negligent and, thereby, responsible for the injuries they have caused. If you or someone you love are involved in winter driving accidents and are unsure of the fault of the other party due to adverse weather conditions, consider seeking legal counsel to learn more about your rights and filing for damages against the other driver’s insurance company to help cover the costs of your injuries, vehicular damages and medical expenses.