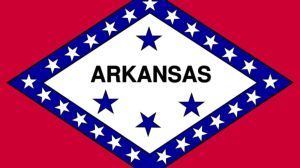 Wintry weather is a serious problem that comes around each year. When the season approaches, there tend to be tons of Arkansas traffic accidents reported. In fact, on Nov. 13, 2014, an accident in a freak early snowfall in the Little Rock metro area killed one person.

This accident, in particular, included a multiple-vehicle pileup that eventually closed off southbound U.S. Routes 67/167 for a couple of hours. There were seven vehicles involved in three separate crashes on slick parts of U.S. Routes 67/167, between the area that runs from Little Rock to Sherwood. When the accidents occurred and the road had to be closed off, traffic immediately started growing on all the surrounding roads. This caused the commute in the area to be painfully slow.

The fatality that occurred as a result of one of those accidents happened on the slick overpass section north of McCain Boulevard. Ramona Wilson died in those early morning Arkansas traffic accidents. Around 8:10 a.m., the southbound area of the highway opened up, allowing traffic to run through. According to an Arkansas State Police representative, the wintry conditions were believed to play a part in the multiple Arkansas traffic accidents that happened Thursday morning.

Emilie Nipper, a meteorologist at the National Weather Service in North Little Rock, even said that the wintry conditions came out of nowhere. The air in central Arkansas had been dry right before the wintry weather began. Nipper said the dew point, which is the amount of moisture deep within the air, went up at a fast rate, allowing for the unexpected frozen precipitation to fall and accumulate.

Unfortunately, this is just one of the many Arkansas traffic accidents that occur on a regular basis. While this can happen in any weather, it is definitely more likely when the roads are slippery because of wintry conditions. With winter just beginning, it is important that if you or someone you know has been injured in any sort of Arkansas traffic accidents to call Attorney Group for Arkansas.

Do you need help from an Arkansas traffic accident attorney?

If you or someone you love has been injured in one of the many Arkansas traffic accidents that happen every year and you believe that negligence was to blame, please contact the American Injury Attorney Group today to schedule your free case evaluation. We can help you determine if you are able to seek damages for your injuries, and we can put you in contact with an affiliated lawyer who has experience in handling lawsuits regarding Arkansas traffic accidents. Call us today to get started.