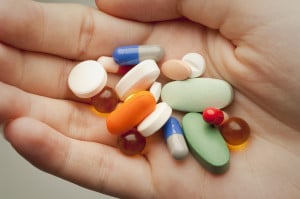 A Risperdal lawsuit compiled of 780 different claims against Johnson & Johnson is moving forward in a Philadelphia Court of Common Pleas with attorneys meeting in September to discuss the next steps in the process. The lawsuit is related to young men in Mississippi and other states who have developed gynecomastia, a condition where men develop abnormal breasts, after taking the antipsychotic drug.

Risperdal was approved in 1993 as an atypical antipsychotic drug used to treat adults with schizophrenia. In 2003, the drug was approved to treat bipolar disorder in adults and children. However, Johnson & Johnson began marketing the drug for children prior to the approval by the FDA. In addition, the company marketed the drug for use in elderly patients suffering from dementia. Doctors also began prescribing the drug to treat off-label conditions, including attention deficit-hyper-activity disorder in children in Mississippi and other states.

Reports began to come into the Food and Drug Administration that Risperdal caused prolactin levels to rise in men and that some of them had developed gynecomastia. The development of abnormal breasts had caused many of the men to suffer from embarrassment and low self-esteem, as they were adolescents when the condition began. Stopping the drug did not cause the breasts to diminish and many were forced to undergo mastectomies to remove the breast tissue. Many men have filed a Risperdal lawsuit in Tennessee and other states seeking compensation for their pain, suffering and medical expenses.

In one Risperdal lawsuit, court documents indicate that the young man and his family were never warned of the potential for gynecomastia. Another claims that the doctor prescribed the drug even though it was not approved for his disorder or for a child his age. In 2004, Risperdal earned Johnson & Johnson $3.1 billion in sales, accounting for five percent of their total revenue that year.

Recently, Johnson & Johnson entered a settlement agreement in a Risperdal lawsuit filed by the United States Justice Department regarding the company’s marketing of the drug. According to court documents in that lawsuit, the company was aware of the potential for abnormal breast development in boys who took the drug, but that they failed to warn patients and doctors in Mississippi and other states. The Risperdal lawsuit documents say that the company marketed the drug to children before FDA approval to do so and that they did not protect those children from harm due to serious side effects of the drug.

If you or a loved one has developed gynecomastia after taking Risperdal, contact Attorney Group for Mississippi today for a free consultation to determine if a Risperdal lawsuit is possible.