A Georgia unpaid overtime lawsuit may be an option for hourly and salaried employees, as well as certain contractors, who work over 40 hours per week. Federal law, as well as many state provisions, states that employers must pay certain employees who work hours beyond a 40-hour workweek one and one-half the regular rate of pay in overtime pay. A Georgia unpaid wages attorney may be able to help an employee recover the compensation he or she deserves.

For more information, contact the Attorney Group for Georgia today. Our consultations are free, confidential and without any obligation on your part. We can help answer your questions, and if you choose to pursue a claim we can connect you with an affiliated Georgia unpaid overtime lawsuit attorney who can assist you throughout the legal process.

Overtime is usually defined as the amount of time an employee works beyond normal working hours. In the United States, normal working hours are typically defined by a 40-hour workweek, and in some states, overtime is defined by the amount of time an employee works beyond an 8-hour day. Overtime laws are intended to discourage or stop employers from forcing their employees to work unreasonably long hours. In addition to the standard workweek of 40 hours, the Fair Labor Standards Act (FLSA) mandates payment of one and one-half the regular rate of pay for employees who work beyond 40 hours in a given workweek.

The majority of workers in the United States are covered by FLSA regulations and are either considered “nonexempt” or “exempt.” Employers are required to pay nonexempt employees for work beyond the 40-hour workweek, while exempt employees do not receive overtime pay.

Employees who are exempt from overtime pay laws as defined by the FLSA include:

According to the United States Department of Labor (DOL), workers who make less than $23,600 per year ($455 per week) are entitled to the provisions outlined in the FLSA. In December 2016, over 4 million employees were scheduled to be added to the list of nonexempt employees. Overtime coverage would have included workers making no more than $47,476 per year ($913 per week).

The Overtime Final Rule was set to go into effect on December 1, 2016, however, on November 22, 2016, a U.S. District Court Judge in Texas granted an Emergency Motion for Preliminary Injunction, blocking the implementation of the ruling. According to the DOL, the agency filed an appeal in conjunction with the Department of Justice on December 1, 2016.

If My Employer Calls Me an Independent Contractor, Do I Get Overtime?

According to a CNN Money article published in January 2016, drivers who worked for Lyft, a ride-sharing company based in San Francisco, claimed that the company had misclassified them as independent contractors and that they were entitled to certain benefits, including overtime pay. After a class action lawsuit was filed against Lyft, the company agreed to pay $12.25 million as part of a settlement agreement. Similar claims have been made against Lyft’s biggest competitor, Uber.

If an employee feels that they are not being paid the overtime they deserve, the employee may seek compensation for back wages not paid by the employer and liquidated damages in an amount equal to the unpaid back wages. In some cases, the employer may also be required to pay the employee’s attorney fees for bringing action to recoup lost wages.

How a Georgia Unpaid Overtime Lawsuit Can Help 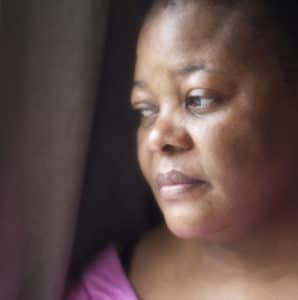 For more information, contact the Attorney Group for Georgia. You can fill out the form on this page or contact us by phone or email.