Attorney Group for Alabama / Blog / How Do You Know If You Have a Recalled Hip Replacement?
Share this Post

Prior to the initial surgery, doctors sometimes inform patients of the type and manufacturer of hip replacement device they will be using. Patients who do not know what type of hip replacement system they have can contact their doctor to determine the type of implant they have. The doctor may also have information on whether the device has been recalled.

Other Devices Reported, but not
Recalled 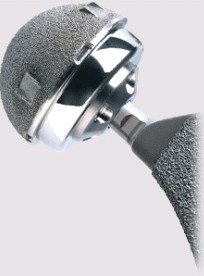 Other hip replacement systems have been reported to the FDA as causing adverse effects patients in Alabama and other states, although they have not been recalled by the manufacturer. This means that they are still being used and could cause injury to patients in Alabama and throughout the United States. These non-recalled devices include:

With almost 500,000 patients receiving implants in 2011, many consumers are concerned about recalled hip implants. Metal-on-metal implants cause concern among doctors and consumers because they are recommended for use in younger, more active patients. In the devices reportedly failing soon after implant, many patients must undergo revision surgery, a procedure that is more complicated due to the removal of bone in the initial procedure. Patients also report revision surgery to be much more painful.

Metal-on-metal devices can also rub together during normal movement, causing metal fragments to be released into the hip joint. The fragments have reportedly been as large as two centimeters. When the fragments are released into the bloodstream, they can travel to other organs causing damage or cause patients to develop a type of metal poisoning known as metallosis.

In 2013, an Alabama man filed a lawsuit after receiving a hip replacement with a recalled device in 2010. By 2013, he had to undergo a revision after the device caused heavy metal poisoning, pseudotumors, inflammation and other health problems. In some states, including Alabama, doctors say they preferred metal-on-metal devices for younger patients as they were supposed to be more durable and reliable. However, court documents allege the manufacturers were aware of potential problems yet continued to promote the devices to physicians.

Complications from a Hip Replacement? Call Us Today.

if the device was a recalled hip replacement device. You are under no obligation and your consultation is free. If you have a claim, we can connect you with an affiliated Alabama hip recall attorney you can assist you.