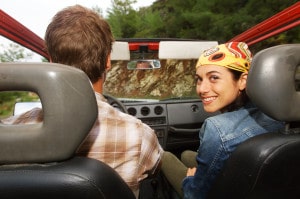 Those who are suffering from serious injuries such as device migration, uterine perforations and other complications while fitted with the Mirena intrauterine device (IUD) are currently filing claims across the country against the device’s manufacturer, Bayer Pharmaceuticals, to seek compensation for their conditions. Recently, a Louisiana woman’s case has survived a motion to dismiss by Bayer after the manufacturer claimed that the plaintiff did not file her lawsuit within the statute of limitations.

If you or a loved one were fitted with Mirena and you suffered from adverse side effects or complications, a Louisiana Mirena lawsuit lawyer can help you to determine if you have a claim and inform you of your legal rights.

On September 23, 2013, a federal judge ruled that new information set forth in the plaintiff’s affidavit create an issue of fact over whether her Mirena lawsuit claims were filed on time. The plaintiffs and her husband are alleging that Bayer neglected to change the packaging on the IUD to reflect the number of adverse events reported. The plaintiffs also claim that the package overstated the effectiveness of the device while understating its safety concerns and that Bayer did not adequately inform consumers of contraindications and risk information associated with Mirena.

According to court documents, the plaintiff was fitted with the Mirena IUD on June 21, 2011 and allegedly suffered pain at the time of the insertion. The plaintiff asserts that the device fell out on its own one week later.

However, Bayer filed a motion to dismiss the case, arguing that the plaintiff had not filed the claims within the statute of limitations – one year from the time of the alleged injuries. Still, the plaintiff submitted an affidavit in which she allegedly was fitted with Mirena for five years without complications. It was only after the second device fell out in June 2011 that she allegedly began to experience the complications brought forth in the complaint.

In May 2012, the plaintiff was allegedly hospitalized for symptoms, and in February or March 2013, the plaintiff saw a television commercial that linked the device to the very complications that were noticed at the time of the hospitalization. The plaintiff filed the claim on May 22, 2013.

Bayer argued that the court cannot consider the contradictory and un-pleaded facts contained in the affidavit. However, the judge noted that the courts may consider materials outside the pleadings and that the affidavits create an issue of fact as to whether the plaintiff’s complaint was filed in a timely manner. The Louisiana Products Liability Act begins when the plaintiff has constructive or actual knowledge of facts indicating that he or she is the victim of a tort.

If you have suffered from one or more of the following injuries, a Louisiana Mirena lawsuit lawyer can help you to determine if you have a valid claim:

Additionally, plaintiffs allege that the manufacturer withheld pertinent safety information pertaining to the device in order to increase its profits from the IUD. The manufacturer is also accused of using aggressive marketing tactics that distracted the audience from the potential dangers and glorified the product with claims that could not be substantiated such as “feeling great” and “better intimate relationships.” If you have been affected by the device, contact a Louisiana Mirena lawsuit lawyer to learn more about filing your own claim.

If you or someone you love were fitted with the Mirena IUD and you suffered from serious and life-threatening complications such as ectopic pregnancy, uterine perforation, device embedment, consider seeking legal counsel from a Louisiana Mirena lawsuit lawyer to learn more about your rights. The affiliated attorneys at Attorney Group for Louisiana can evaluate your case, free of charge, and help you to determine if you have a claim. We will connect you with an experienced Louisiana Mirena lawsuit lawyer who will handle your case and work to help you seek the compensation to which you may be entitled.