Attorney Group for Louisiana / Personal Injury Lawyers Blog / Why Should You Consider a Louisiana Airplane Accident Lawyer After a Crash?
Share this Post 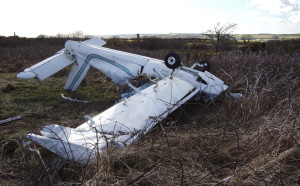 From chartered airplanes to common carrier airlines, from offshore rigs to helicopters and single-engine general aviation, more of Louisiana’s residents are exposed to, and potentially harmed by, aviation each day. The conveniences of the air industry pale when tragedy strikes, leading to wrongful deaths or serious injuries.

If you were injured in an airplane accident or if you have lost a loved one due to an aviation crash, you may be entitled to seek compensation for your condition or file a wrongful death claim on behalf of your family member. Contact Attorney Group for Louisiana today for more information about your legal rights and to take the first step in recovering damages for your injuries.

Aviation disasters can result from maintenance problems, pilot error, avionics or engine design errors, airframe or even governmental negligence. These incidents can occur both with large commercial aircraft and with small planes, each presenting different issues and complexities to investigate.

According to the National Transportation Safety Board (NTSB), nearly 1,700 aircraft accidents are investigated by the Office of Aviation Safety each year, most of which are general aviation crashes. Although these typically do not have the public visibility of most major air carrier investigations, they may still involve safety issues crucial to the traveling public. In 2012, the most recent data available, no major or serious accidents occurred. However, injury and damage occurred in 16 and 11 incidents, respectively.

Although there have been no recent major airplane crashes in Louisiana, many may remember Pan Am Flight 759, a regularly-scheduled passenger aircraft traveling from Miami to San Diego on July 9, 1982. Taking off from its en route stop in New Orleans and bound for Las Vegas, Nevada, a microburst forced the plane back down, where it crashed into Kenner, a residential suburb of the city. Eight individuals were killed on the ground, all 145 passengers onboard perished and four additional bystanders sustained injuries. Witnesses say that, in a residential home affected by the crash, a baby was found in a crib sheltered by debris that had protected her from the fires. Five houses were substantially damaged, and six houses were completely destroyed.

The airplane accident had the highest number of fatalities in a single aviation crash in 1982 and, as of 2013, remains the fifth-deadliest airplane accident to occur in the U.S. Many of those affected sought legal counsel from a Louisiana airplane accident lawyer to file for wrongful death and other damages following the incident.

A Louisiana airplane accident lawyer can review your case and help you to determine whom should be held accountable for your injuries. Aviation cases may be extremely complex depending on the parties involved, the cause of the crash and the location of the accident. For instance, one set of regulations may apply to accidents offshore while another set of rules is applicable to accidents occurring on land.

Do You Need a Louisiana Airplane Accident Lawyer?

If you have suffered an injury after an airplane accident or if a loved one was killed in an airplane crash, contact Attorney Group for Louisiana today. We can answer your questions to the best of our ability and help you to determine if you have a valid claim. Should we feel that you are entitled to seek compensation, we will connect you with an affiliated Louisiana airplane accident lawyer who will handle your case – all at no upfront cost to you.