An Oklahoma ASR hip replacement verdict was reached on February 3, 2015, when a jury in Tulsa County, Oklahoma awarded $2.5 million verdict to the plaintiff following a trial against defendants DePuy Orthopaedics and DePuy International on Tuesday, February 3. At issue in the case was the plaintiff’s claim that her DePuy’s ASR XL hip replacement was defective and caused her injury. The case follows a $2.5 billion settlement announced in November 2013 and involving over 8,000 DePuy ASR XL hip replacements.

If you are suffering from complication including pain, difficulty walking, metal poisoning, or other injuries that you believe may be caused by your DePuy ASR XL hip replacement, contact the American Injury Attorney Group today. We offer free, no obligation consultations and, if you have a case, we can connect you with an affiliated DePuy ASR attorney who can assist you in pursuing your claim. 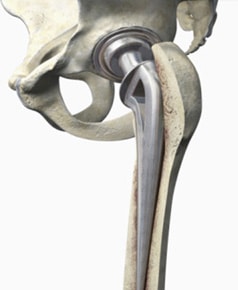 The plaintiff had both of her hips replaced with DePuy ASR XL implants: one in 2006 and the other in 2007. In 2011 and 2012 she had to undergo revision surgeries after a high level of metal ions was found in her blood. Significantly high levels of metal in the bloodstream, known as metallosis, can be toxic and cause damage to bones, tissue, and the nervous system. Metallosis is believed to be a side effect of certain hip and other joint replacement devices, and can cause severe injury or death.

Between 2006 and August 2010, an estimated 35,000 ASR hip replacement devices were implanted into patients throughout the U.S. In August 2010, DePuy initiated a recall of the devices amid reports of the their premature failure. While hip implants are theoretically designed to last fifteen to twenty years, adverse event reports from patients and clinical trials showed that the ASR implants could potentially fail within four years after the initial procedure. As a result, thousands of patients who were implanted with the device before its recall, like the plaintiff in the Oklahoma DePuy ASR Hip replacement trial, may still require revision procedures over the next several years.

In November 2013, a $2.5 billion settlement of more than 8,000 DePuy ASR hip replacement claims was announced. Under the terms of that settlement, patients were to receive a base amount of $300,000 per revised hip, and patients could opt out of the settlement if they did not believe that the base amount was sufficient to fully compensate them for their injuries.

Earlier in 2013, a California jury returned a verdict for approximately $8.3 million in favor of a man who had received a DePuy ASR hip replacement.

Complications After a Hip Replacement? Call Us Today.

If  you have a claim, we can connect you with an affiliated DePuy ASR hip replacement attorney who can assist you in seeking the compensation to which you may be entitled. Call today to learn more.