Attorney Group for Alabama / Blog / Fatal Auto Accidents in Alabama: What Are They Really Costing You?
Share this Post 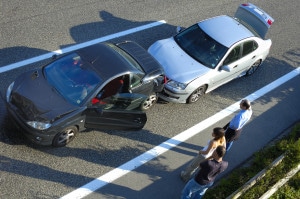 Alabama auto accident attorneys note that Alabama is the third most deadly state to drive in, according to the U.S. Centers for Disease Control. (View all the valuable information in the infographic here.) Between 2007 and 2009, there were 21.7 fatal auto accidents in Alabama per 100,000 people. The only two states that had worse records were Mississippi, with 26.7, and Montana, with 23.3 fatal accidents per 100,000 people. During this time period, a total of 112,565 people in the United States died in car crashes.

In March 2013, the U.S. Department of Transportation National Highway Traffic Safety Administration (NHTSA) and Federal Highway Administration reported that there were 537 fatal auto accidents in Alabama from 2007 to 2011, resulting in 509 deaths.

According to the Center for Advanced Public Safety (CAPS) at the University of Alabama, a typical Alabama driver has a better than 1 in 3 chance of being involved in a road traffic accident involving a fatality or serious injury. The lifetime probability of an individual becoming involved in a crash of any severity is a whopping 98% or more.

What are the hotspots for fatal auto accidents in Alabama?

Shelby (I-65) and Jefferson (I-59) counties occupy spots at or near the top of the government agencies’ figures. The highest number of fatal auto accidents in Alabama occurred in Jefferson County, with 88 fatalities. The most congested, and therefore the most hazardous, areas around the state capital of Birmingham include:

What are the main behaviors behind fatal auto accidents in Alabama?

Traffic congestion and road users’ lack of familiarity with local roads are the main causes of motor vehicle accidents, particularly around Christmas. During the holiday season, the NHTSA estimates that 35 percent of collisions involve alcohol.

The NHTSA reports that illegal lane changes and rear-end collisions are the most common causes of accidents in built-up areas. On the interstate highways, driver fatigue is a common cause of fatal auto accidents in Alabama.

The 2010 edition of Alabama Traffic Crash Facts reveals that not a day goes without at least one fatal auto accident in Alabama. More than 128,000 accidents were reported to law enforcement; that’s one crash every 246 seconds. Every 10 hours and ten minutes, a person died.

According to this report, the chief causes of fatal auto accidents in Alabama were:

Other causes included failure to heed signs/traffic officers, unseen objects, improper lane change, speeding and driving under the influence, among others. About one-third of all fatalities are speed-related.

The Costs of Fatal Auto Accidents in Alabama

In the United States, car crash deaths cost $41 billion in lost wages and medical bills. The human cost cannot begin to be calculated. If you are involved or injured in a road traffic accident or if you lose a loved one, your immediate reactions will be loss, anger, fear and a whole kaleidoscope of emotions. Chances are, the last thing on your mind will be suing somebody for negligence. That is why it is important to contact Attorney Group for Alabama as soon as possible after an injury or death in an auto accident. We want to help by answering any questions you may have, help you understand the legal options you have, and connect you with an attorney that can handle your case. So contact Attorney Group for Alabama today for your free consultation.