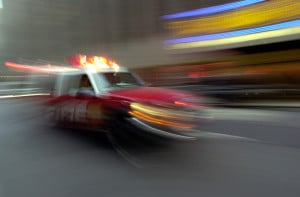 Even with anti-lock brake systems, crash resistant door pillars, seatbelts, tire traction control and airbags, an estimated 15,470 people died in motor vehicle traffic crashes between January and June 2013, according to the National Highway Traffic and Safety Administration (NHTSA). While this is a 4.2 percent decrease as compared to the 16,150 fatalities that were estimated to have occurred in the first six months of 2012, fatalities and injuries due to car accidents are happening every day.

No matter what safety features your vehicle has, each time a driver gets into his or her car and turns the key, the risk of becoming involved in a crash still exists. If you or someone you love has been hurt in an Alabama traffic accident, a lawyer can inform you of your rights and work to help you receive compensation for your injuries.

In Ozark, Alabama, a third fatality occurred on November 5, 2013 due to injuries sustained in a November 2, 2013 Alabama traffic accident. A seven-year-old girl was a passenger in a 1998 Toyota Camry that was hit head-on by a 2002 Ford Ranger.
The driver of the Ford Ranger was also killed in the two-vehicle crash and was not wearing a seatbelt, according to records. A preliminary investigation has suggested that alcohol may have been a factor in the Alabama traffic accident. The driver of the Toyota Camry was also killed in the crash. At the time of the incident, the seven-year-old girl and a five-year-old boy and girl were transported to Southeast Alabama Medical Center after sustaining critical injuries.

According to the Alabama Department of Public Safety, the most recent data available from 2009 reports that there were 123,690 rural and urban accidents combined. If you have been injured in a car or truck crash, you may believe that you can pursue a claim with the insurance company and receive compensation for damages. However, the process of recovering damages is rarely that simply.

Alabama has one of the toughest standards of fault in the U.S. Known as “pure contributory negligence,” if you are found to be in any way at fault for causing an Alabama traffic accident, you are not legally entitled to collect compensation for damages or injuries. Due to this law, insurance companies may work harder than usual to prove you are at fault to avoid paying for your injuries, vehicular damage and lost wages.

Even if you were not responsible for causing the crash, you may find yourself accused of:

To prove that you were not at fault, a personal injury lawyer can look for signs of defective workmanship in the roadway and in the vehicles involved in the incident. An experienced lawyer may find liability issues including:

Additionally, in the confusion and chaos that often surrounds accidents, you may find yourself admitting to something that may or may not have been true. Before speaking with insurance companies and other parties, it is important that you seek legal counsel from an experienced lawyer as anything you say may prohibit you from filing a claim in the future.

Injured in an Alabama Traffic Accident? A Lawyer Can Help You to Pursue a Claim

If you have questions about traffic accidents, legal actions following a traffic accident, or if you were injured by the fault of another, contact Attorney Group for Alabama for more information. We can provide you with a free, no-obligation consultation and connect you with an experienced lawyer who will handle your claim. You may be entitled to receive compensation for medical expenses, pain and suffering, loss of earning capacity or lost wages.