A Florida unpaid overtime lawsuit may be an option for hourly and salaried employees, as well as certain contractors, who work over 40 hours per week. Federal law states that employers must pay employees “time and a half” in overtime pay to certain employees who work hours beyond a 40-hour workweek. A Florida unpaid wages attorney may be able to help an employee recover the compensation he or she deserves.

For more information, contact Attorney Group for Florida today. Our consultations are free, confidential and without any obligation on your part. We can help answer your questions, and if you choose to pursue a claim we can connect you with an affiliated Florida unpaid overtime lawsuit attorney who can assist you throughout the legal process.

In the United States at the federal level, overtime is defined as any work performed over 40 hours in a given workweek. A workweek is defined as 168 continuous hours, or seven consecutive 24-hour periods. Employers may assign the workweek in any way they like, so long as it falls under those rules.

“Nonexempt” employees are eligible to receive overtime pay at a rate of one and one-half their regular rate of pay. Hourly and salary workers who make less than $455 per week are considered nonexempt. In December 2016, that rate was scheduled to increase to $913 per week, expanding overtime benefits to more than 4.2 million additional workers. However, on November 22, 2016, the U.S. District Court for the Eastern District of Texas granted a preliminary injunction of the rule. In response to the injunction, the Department of Justice filed a notice to appeal the preliminary injunction on behalf of the DOL.

Under Section 13(a)(1) of the Fair Labor Standards Act (FLSA), there are a number of exemptions to the overtime law. Those types of employees include:

If My Employer Calls Me an Independent Contractor, Do I Get Overtime?

According to the U.S. Department of Labor (DOL), independent contractors are workers with economic dependence who are in business for themselves. Under the FLSA, most workers are considered employees based on the federal definition of employee and employment. Because the definition of employee is so broad, some employers may try to classify an employee as an independent contractor to avoid paying benefits or overtime pay.

Factors generally considered when determining whether a person is an employee or independent contractor include:

Investigators from the DOL Wages and Hours Division found that a Florida state agency failed to pay overtime to nearly 300 healthcare workers in 2015. Those workers included nursing assistants and licensed practical nurses who worked over 40 hours for the state and worked additional overtime hours at other state facilities through a temporary staffing agency. According to the DOL website, the State of Florida was a joint employer with the staffing agency, so the state was responsible for paying all hours worked. Over $700,000 in unpaid overtime and back wages were awarded to the workers.

In addition to being able to initiate a claim through the DOL, workers who have been unlawfully denied overtime pay may file a Florida unpaid overtime lawsuit with the help of an unpaid wages attorney. In those instances, the employee may pursue compensation for back wages not paid by the employer and liquidated damages in an amount equal to the unpaid back wages. In some cases, the employer may be forces to pay the employee’s legal fees for bringing action to recover lost wages.

How a Florida Unpaid Overtime Lawsuit Can Help 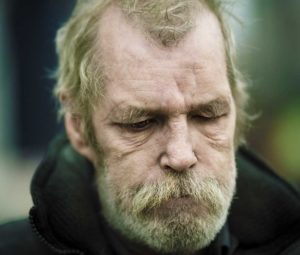 For more information, contact Attorney Group for Florida. You can fill out the form on this page or contact us by phone or email.