Federal investigators continue are still working to determine the cause of a western Kentucky plane crash that killed four individuals but spared the life of a 7-year-old girl.

The child was able to free herself from the plane and walked nearly 1 mile in near-freezing temperatures to seek help. The crash killed her parents, her 9-year-old sister, and her 14-year-old cousin. 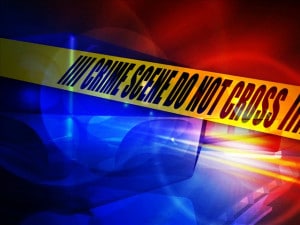 Investigators have reportedly moved the remains of the Piper PA-34 plane to another location so that the National Transportation Safety Board (NTSB) could inspect the wreckage.

When an Investigation Is Over, What Next?

Unfortunately, a small plane crash such as this one is not that uncommon. When loved ones are injured or killed in a Kentucky plane crash, the NTSB report gives little comfort to families who are struggling from the financial burdens of the crash.

If you or someone you love has been injured in a Kentucky plane crash and you would like to speak to an attorney about your options, Attorney Group for Kentucky can help. We can help you determine if you have a claim. If you do, one of our affiliated attorneys can file a lawsuit on your behalf. You may be eligible for monetary compensation that will help you with the expenses related to the crash.

Scene of the Crash

The girl said she had attempted to call to her family after the crash, but when no one responded, she pulled herself from the wreck and walked 1 mile through the woods before she found a man’s home. Crying, bruised, and bloody, she was dressed in one sock, shorts, and a short-sleeve shirt for the weather in Florida. The young girl reportedly told the man that her family was dead, she had been in a plane crash, and the plane was upside down.

In addition to the NTSB, officials from the Federal Aviation Administration (FAA) are trying to determine why the plane crashed. The child’s father, who was flying the plane, reported engine trouble before losing contact with air traffic controllers.

But the first 911 call came from the man who owned the house where the girl showed up. He brought the girl inside, washed her legs and face, and waited for help. Authorities who interviewed the girl said she had a broken wrist but was calm and coherent. She was treated at a local hospital and released to a relative.