The family of a United States senator’s son has filed a lawsuit against Honeywell International, Standard Aero, Standard Aero (Alliance) and Intercontinental Jet Service claiming negligence in his death. According to court documents, the family claims that the Perry Inhofe plane crash that led to his death was due to failure to provide proper maintenance on the aircraft.

On Nov. 10, 2013, Perry Dyson Inhofe III, son of Sen. Jim Inhofe, died when his Mitsubishi MU-2 twin-engine plane crashed near Owasso. Radar and air traffic control exchanges show that the plane appeared to be operating normally as it approached Tulsa International Airport. However, moments before the crash, Inhofe reported a control problem and left engine shutdown. The Perry Inhofe plane crash caused many other flights to be diverted after the plane burst into flames when it struck the ground. The National Transportation Safety Board (NTSB) determined that Inhofe did not have control of the plane and that it should have been flyable even with the inoperative left engine. 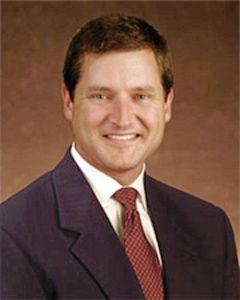 According to lawsuit documents, the family has been devastated by the loss of Inhofe, an orthopedic surgeon in Tulsa. Inhofe and his wife, Nancy, had two sons, Glade, who attended Duke University and Cole, a high school student who also holds a pilot’s license. He was a well-respected physician, treating more than 4,000 patients per year. Inhofe was a licensed pilot and a flight instructor, and his family says he would not have made the errors described in the NTSB report prior to the Perry Inhofe plane crash.

The NTSB report includes statements from several witnesses who said that the landing gear of the plane was down, but that one of the propellers was either not turning at all or was turning very slowly just before the crash. The report also details the difficulty in controlling the type of aircraft Inhofe was flying at low speeds in low altitude and with only one engine. Inhofe had undergone special training required by the FAA for the MU-2B and had performed a single-engine landing the morning of the accident as part of his training. The accident flight was the first solo flight he had taken on the plane, which he had recently purchased. According to the NTSB, investigators found an unapproved checklist issued by the flight school near the pilot’s seat after the crash.

Has Your Loved One Been Killed in a Plane Crash?

If you or a loved one have been injured in a plane crash where the cause may be due to the negligence of the manufacturer, or if a loved one has died in something similar to the Perry Inhofe plane crash, contact Attorney Group for Oklahoma. You may be eligible to receive a monetary compensation for a wrongful death or personal injury claim. Our affiliated attorneys can file a lawsuit on your behalf with no out-of-pocket cost to you. Contact Attorney Group for Oklahoma today for more information.