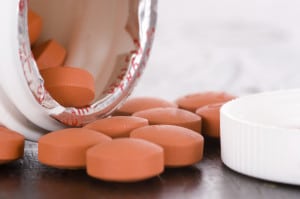 Xarelto (rivaroxaban) is an anticoagulant medication that came to the market in Kentucky and across the country in 2011. The Food and Drug Administration (FDA) approved it for the treatment of blood clots and strokes, or risk thereof. Since then, it has been widely embraced by physicians as an alternative to a traditional blood thinner, Coumadin (warfarin). Now, an estimated 4 million patients are taking the medication each year. Overall sales of Xarelto are believed to be approaching the $1 billion per year level.

Now, Xarelto and a competitor, Pradaxa, are generating an increasing number of lawsuits in Kentucky and elsewhere. Some suits allege that the nature of the risk of internal bleeding and hemorrhagic events was not sufficiently disclosed to patients. Also, a variety of Xarelto side effects have been the subject of litigation as well.

In 2013 alone, the FDA indicated that it had received several hundred reports that claimed Xarelto caused various adverse reactions. Some of these complaints referred to reported incidents of uncontrollable hemorrhaging that allegedly led to serious injury or death in some cases.

The unwanted bleeding events reportedly caused by the traditional blood thinner Coumadin could be dealt with through the use of what is called a “reversing agent.” Such a substance is essentially an antidote that can reverse the anticoagulant effects of Coumadin. Physicians treated patients with Vitamin K when internal bleeding or hemorrhaging was detected. In the case of Xarelto, there is no known approved reversing agent at present. As a result, in certain severe cases, patients have bled to death.

Serious Xarelto side effects, including internal bleeding, are now being cited in a number of lawsuits being filed in courts in Kentucky and in other states. In some instances, patients are seeking compensation for medical expenses, lost wages, pain and suffering and potential long-term care arising from problems allegedly caused by Xarelto. When loss of life has occurred, certain survivors have file wrongful death litigation. Such litigation often seeks compensation for loss of companionship.

Some of those filing these suits have stated in their legal complaints that they want the medication to be recalled and pulled from the market until a proper antidote is identified and approved.

Wider Use of Xarelto Still Being Pursued

Although the incidence of Xarelto-related litigation is on the rise, the manufacturers of the drug are seeking FDA approvals that would actually widen its use across a broader swath of the general population. For example, despite earlier FDA refusals, Bayer Healthcare and Janssen Pharmaceuticals are asking the agency to approve Xarelto for use in the treatment of acute coronary syndrome. Three clinical trials have been announced that are designed to establish that the expanded use of Xarelto is justified.

Injured Due to Xarelto Side Effects?

If you or a loved one has been seriously injured due to Xarelto side effects, contact Attorney Group for Kentucky. We are here to help answer your questions, and we can connect you with an affiliated attorney if you decide to pursue a claim. Contact us today to learn more in a free consultation.