Lawsuits: Xarelto Marketed for Ease of Use While Minimizing Risks

A Kansas Xarelto Lawyer notes that the drug makers of the anticoagulant Xarelto marketed it as a “once daily” drug when clinical trials indicated otherwise. This is among […]

A Kansas Risperdal lawyer notes that the  antipsychotic drug Risperdal can cause breast development in males, and the company knew this and tried to conceal it from the […]

A Kansas Viagra lawyer notes a first of its kind study that suggests Viagra may make patients more likely to develop skin cancer. Based on previous studies, men […]

Lawsuits filed against the seller of the anti-nausea drug Zofran claim that the medication was unlawfully promoted for treatment of morning sickness in pregnant women, and that it […] 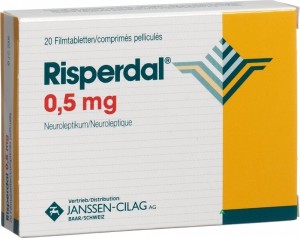 There are updates regarding three Risperdal lawsuits in Pennsylvania that are set to go to trial in the coming months. A September 24, 2014, court order issued by […] Xarelto is one of a newer class of anticoagulants that are often used rather than Coumadin (warfarin), a blood thinner that has been used to treat blood clots, […] Kansas SSRI Lawsuits Could Be Increasing

What Are SSRIs and What Do They Do? Selective serotonin reuptake inhibitors, or SSRIs, are the current first-line treatment for major depression. By increasing serotonin levels in the […]

Side Effects of Statins: Top 5 Things Kansas Patients Should Consider Although the well-known type 2 diabetes medication Actos has helped thousands of patients in the U.S. better handle their blood glucose levels, the medication has also allegedly caused […]

Could You Have a Kansas Diabetes Drug Lawsuit?

Diabetes drug lawsuits have named drugs such as Victoza, Januvia, Janumet, Bydureon, and Byetta, claiming they lead to serious medical conditions such as cancer, pancreatitis, and thyroid issues. […]