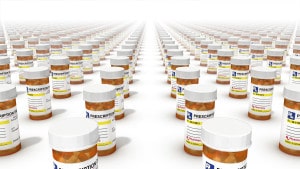 Attorney Group for Kansas offers free case evaluations for Kansas residents who may have a claim against Pfizer, Inc., for damages sustained due to adverse Lipitor side effects.  The most common claim is Type II diabetes developed after taking Lipitor.

Lawsuits claim Pfizer knew about a potential link between Type II diabetes and “statin” drugs like Lipitor that was first discovered in 1994 – two years before initial Food and Drug Administration (FDA) approval the drugs in late December 1996.  Despite allegedly knowing about this link, Pfizer did not halt production or even put a warning label on Lipitor when it was released and distributed.

However, Pfizer did continue a massive marketing campaign that gained estimated gross revenue in excess of $125 billion and made Lipitor one of the most highly-prescribed drugs in the U.S.

Results of a University of Massachusetts study published in 2012 reported that postmenopausal women taking daily doses of statin medications have a 50 percent higher incidence of first-time Type II diabetes than women in the same age range who do not take any statin drugs.

Prolonged exposure to a synthetic chemical that lowers cholesterol by suppressing liver enzymes has prompted many Lipitor former Lipitor users to file lawsuits across the country.  Almost every complaint states the following claims:

If you are a Kansas resident diagnosed with diabetes or another medical disorder after taking Lipitor, call Kansas Attorney Injury Group today to schedule a free consultation.  We can help answer your questions and connect you with an experienced Kansas Lipitor lawyer who can file your lawsuit. Contact us today to learn more.