Corn in Nebraska is an important part of the economy in that state, resulting in $9.1 billion in income during 2012. The state ranks third in corn and first in popcorn production, as well as second in ethanol production. For this reason, Voinek Farms in Douglas County, Nebraska, recently filed a federal lawsuit against the Swiss company, Syngenta. The farm alleges that the pressure to use Syngenta’s Agrisure Viptera, a genetically-modified corn seed, led to a reduction in Chinese corn imports, destabilizing the corn market.

The corn in Nebraska that is part of the lawsuit was not grown using Agrisure Viptera, which contains a protein toxic to pests like earworm, army worm and corn borer known as MIR162. According to Syntenga, MIR162 has been approved for use in the United States since 2010 and they marketed the seeds to farmers claiming that Chinese approval was imminent. China is the seventh largest importer of corn in the world. In 2013, Chinese inspectors found traces of MIR162 in a shipment. Since that time, Chinese imports of corn from the United States have dropped 85 percent, dropping corn prices to a five-year low despite reports of a record harvest of corn in Nebraska and other states. 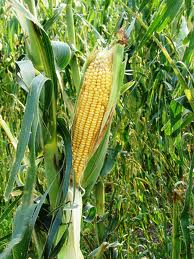 China has announced a zero-tolerance policy for MIR162 and has suspended imports of a byproduct of ethanol production known as dried distillers grain that tests positive for the substance. Syngenta says that they obtained import approval from countries that imported large amounts of grain, although major grain handlers such as Archer Daniels Midland and Cargill refuse to accept Agrisure Viptera. It is estimated that the reduced imports to China have cost those who grow corn in Nebraska and other states to about $3 billion since the Chinese policy was implemented.

Only 3% of corn in Nebraska and other states was planted using Agrisure Viptera. However, because corn is a commodity, the different types of corn often get consolidated when sent to market. In addition, farmers say that even if they do not plant the genetically-altered seeds, pollen can spread to neighboring farms that will then cause those crops to test positive for MIR162, even though the seeds were not used when the corn was planted.

Despite the lawsuits filed by farmers, Syngenta is continuing with plans to launch another MIR162 infused seed known as Viptera Duracade. Farmers are concerned that this will further depress the corn market due to China’s continuing refusal to accept any shipments that test positive for the protein.

Have You Lost Profits as a Corn Farmer in Nebraska This Year?

If you are a farmer who has suffered from lowered corn prices as a result of Syngenta’s promises and China’s ban on GMO MIR162, contact Attorney Group today to learn what rights you may have. Even if you did not plant Syngenta Viptera, we can analyze your case and refer you to one of our affiliated attorneys who can file a lawsuit on your behalf with no out-of-pocket cost to you. Call Attorney Group to find out more about GMO Corn lawsuits and how you can be eligible to receive a monetary compensation for your losses.