If you or a loved one were treated with Tasigna for Chronic Myeloid Leukemia and experienced complications associated with atherosclerosis, including lack of blood circulation, contact Attorney Group for more information about your options.

We can answer your questions in a free and confidential consultation. If you wish to pursue a claim, we can connect you with an affiliated attorney who can file a Tasigna lawsuit on your behalf.

Research suggests a link between the popular cancer drug and atherosclerosis, a serious disease that causes the arteries to harden as a result of the buildup of plaque.

A Tasigna lawsuit may be an option for people who were treated with the drug and suffered serious adverse health consequences. Research suggests a link between the use of Tasigna to treat chronic myeloid leukemia (CML) and atherosclerosis, a disease that causes the arteries to thicken and harden due to the buildup of plaque. Lawsuits allege that, although doctors and patients were warned in Canada, the manufacturer failed to disclose known risks to doctors and patients in the United States. Affected patients and their families may be eligible to recover compensation with the help of a dangerous drug attorney.

For more information, contact Attorney Group. We offer free, confidential, no obligation consultations. We can help answer your questions, and if you choose to pursue a case we can connect you with an affiliated attorney who can assist you throughout the legal process.

Have You Seen a Tasigna Lawsuit Commercial?

You may have seen a Tasigna lawsuit commercial on television and wondered whether you or a loved one have been affected by the cancer treatment and, if so, whether you are eligible to pursue a claim against the manufacturer or others. The purpose of this article is to provide you with additional information so that you have a better understanding of your options. 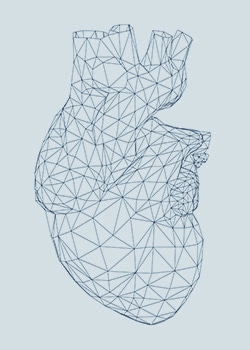 Tasigna, also known generically as nilotinib, is an oral treatment for patients who have been diagnosed with Philadelphia chromosome-positive chronic myeloid leukemia (CML). Patients who are no longer benefiting from other treatments may be prescribed Tasigna as well. Philadelphia chromosome-positive CML is a long-term, treatable form of cancer that can become a chronic disease if not treated properly. According to the National Cancer Institute, CML is a disease in which the bone marrow makes too many white blood cells. Approximately 8,950 new cases of CML will be reported in the U.S. along with over one thousand deaths in 2017.

How Does Tasigna Work?

Tasigna belongs to a class of drugs known as tyrosine kinase inhibitors and works by targeting and blocking tyrosine kinases, specific proteins responsible for the activation, signaling and growth of certain cells. Targeted cancer treatments such as Tasigna work to stop leukemia cells from growing while lessening the risk of damage to healthy cells.

Tasigna has been allegedly linked to atherosclerosis, a disease in which plaque builds up inside the arteries. According to the National Heart, Lung, and Blood Institute, atherosclerosis can affect any artery in the body, including arteries in the heart, brain, arms, legs, pelvis and kidneys. The lack of adequate blood circulation, primarily in the legs, can potentially lead to serious infections and tissue death that can sometimes require amputation.

Other Vascular Risks Linked to Tasigna

Atherosclerosis may lead to other diseases, including:

Likewise, studies have suggested a link between Tasigna and other tyrosine kinase inhibitors and arterial events. According to Haematologica (the official journal of the European Hematology Association), “evidence suggests that nilotinib has a propensity to increase the risk of occlusive arterial events, especially in patients with pre-existing cardiovascular risk factors.”

According to an article published in Cardio-Oncology in December 2015, several reports describe a possible relationship between the use of newer generation tyrosine inhibitors, including nilotinib (Tasigna), and vascular adverse events.

Other reports described in the article include:

Common side effects may include:

Other Tasigna Side Effects

Serious side effects of Tasigna may include:

Patients are advised to contact their doctor or health care provider if they develop signs and symptoms of bleeding and fluid retention.

Has There Been a Tasigna Recall?

Although there has not been a Tasigna recall, lawsuits claim that the drug makers failed to disclose known side effects of the drug and that patients suffered damages as a result.

Failure to warn of side effects of a drug can be a basis of drug company liability, regardless of whether the drug has been recalled.

Is There a Tasigna Class Action?

To date, a Tasigna class action has not been filed on behalf of patients who took the medication and suffered vascular adverse events, including atherosclerosis. Tasigna lawsuit attorneys are doubtful that a class action will be certified for patients who are adversely affected by the drug. Instead, if multiple Tasigna lawsuits are filed against the drug makers alleging injuries and other damages caused by Tasigna and similar drugs, it is anticipated that these lawsuits will be consolidated for discovery and other pretrial proceedings.

When cases are consolidated in this way in federal court it is called multidistrict litigation (MDL), and on a state level it is known as a state court consolidated proceeding. MDLs are distinct from class actions, and it is generally agreed that consolidating cases instead of proceeding in a class action is a more efficient and effective way of handling claims arising from injuries caused by pharmaceutical products.

Have There Been Tasigna Settlements?

Some cases settle early in the claims process, but it is not expected that there will be early Tasigna settlements involving claims against the manufacturer for failure to disclose of the link between the drug and atherosclerosis. However, in 2015, Novartis agreed to pay $390 million to settle U.S. federal government charges that it paid specialty pharmacies illegal kickbacks in exchange for recommendations to fill certain medications, including Tasigna. According to Reuters, the drug company admitted to working with specialty pharmacies as well as details of the alleged scheme.

In most cases that proceed in an MDL or state court consolidated proceedings, after a certain period of time initial trials, also known as bellwether trials, take place. The purpose of these trials is for the parties to get an idea of the types of evidence and arguments that will be made, as well as to see how juries will respond to the evidence and arguments. After a certain number of cases have been tried, the parties are in a better position to determine whether a case can be settled.

It is expected that Tasigna settlements will follow this pattern, although the outcome of any case is never guaranteed and past results are not necessarily predictive of future outcomes.

A wrongful death lawsuit filed in California in March 2016 alleges that Novartis, manufacturer of Tasigna, was aware of numerous reports indicating that the drug caused severe, accelerated and irreversible atherosclerosis in patients taking the drug. According to an article in HarrisMartin’s Drugs & Medical Devices Publication, the family of a California man claims that their deceased loved one died from an atherosclerosis-related condition and that Novartis failed to warn doctors and patients in the U.S. about dangerous side effects linked to the medication.

How a Tasigna Lawsuit Can Help

People injured by Tasigna may be eligible to recover money for: