If you or a loved one is hurt or killed in a semi truck accident, contact Attorney Group today to learn more about your options.

We can help answer your questions, and if you choose to pursue a claim we can connect you with an affiliated trucking accident attorney who can assist you throughout the legal process.

Truck drivers and trucking companies have a duty to to operate and maintain their vehicles in a reasonably safe manner. If they fail to fulfill this duty, they could be held liable in lawsuits for injuries that may result.

For more information, contact Attorney Group to learn more about your options. We offer free, confidential, no obligation consultations. We can help answer any questions you may have, and if you choose to pursue a claim we can connect you with an affiliated trucking accident lawyer who can assist you throughout the legal process.

Have You Seen a Trucking Accident Lawsuit Commercial?

You may have seen trucking accident lawsuit commercial on television and wondered whether you or a loved one have been affected by a semi truck accident and, if so, whether you are eligible to pursue a claim against the trucking company or others. The purpose of this article is to provide you with additional information so that you have a better understanding of your options.

Truck accidents differ from car accidents in a number of important ways. When trucks are involved, severe injury and casualty risks are much higher.

Trucks weigh more, and they can have a devastating impact on drivers and passengers due to the massive weight of 18-wheelers. Semi truck accidents typically involve complex issues, including accident reconstruction and regulatory compliance.

Based on data from the Fatality Analysis Reporting System (FARS), the National Highway Traffic Safety Administration (NHTSA) found that there were 4,067 people killed and an estimated 116,000 were injured in crashes involving semi trucks in 2015. In the U.S., an estimated 433,000 large trucks were involved traffic crashes reported by the police in 2015.

Other key findings according to the 2015 Large Trucks Traffic Safety Fact Sheet include:

From 2014 to 2015, the amount of people estimated to have been injured in semi truck accidents increased by 4 percent. Additionally, the total number of people injured in trucking accidents has increased by 10 percent over a ten-year period spanning from 2006 to 2015. Of the people who were injured in 2015, 73 percent (84,000) were occupants of other vehicles.

In 2015, semi trucks were reportedly more likely to be involved in fatal, multiple-vehicle accidents as opposed to fatal single-vehicle crashes that were passenger vehicles.

One of the most important aspects of pursuing a claim after a semi truck accident is to determine who is at fault. However, in order to do this, a trucking accident lawyer will first need to establish the cause of the accident. Common causes of truck accidents include:

On average, nearly 4,000 people die in semi truck accidents per year, and driver fatigue is a common cause of error, which contributes to nearly 40 percent of all trucking accidents by some estimates. While fatigue alone can result in a crash, fatigue combined with one or more of the other potential causes can cause deadly consequences.

In addition to driver fatigue, the demand for goods strains an already high-demand industry. According to a report published by CNBC, there are anywhere from 30,000 to 35,000 unfilled truck driver jobs in the United States, and the amount of goods being delivered is expected to increase over the next 10 years. Although the turnover rate continued to fall in December 2016, large trucking companies continue to report difficulties in finding well-qualified drivers. If you or a loved one has been injured in an accident involving a big rig or other large truck, a trucking accident lawyer can help you throughout the legal process.

Federal regulations provide specific rules with regards to the operation of large commercial motor vehicles and vehicle maintenance, as well as other provisions related to driver operating time. These regulations are extensive and cover a wide range of codes of conduct.

Some important regulations include:

Who is Responsible in a Trucking Accident? 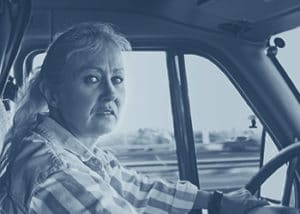 Unlike regular accidents involving smaller, non-commercial vehicles, there may be a number of parties at fault in addition to the driver. In some cases, trucking companies, contractors, employers and insurance companies may be legally liable for injuries incurred in a trucking accident. If the driver is employed through a trucking company, that company could be obligated to compensate an injured party.

A trucking accident lawyer can evaluate a person’s injury, his or her medical costs, and his or her pain. An experienced trucking accident lawyer will also look at lost income and the potential loss of future income. These are all things that a person can recover when he or she has been involved in one of these accidents. Even though nothing can make a person feel better when they have suffered a major injury or lost a loved one in an accident, recovering money from insurance companies in a claim can be a good start.

A legal settlement is an agreement to resolve a claim or lawsuit. In the context of personal injury, such as an accident involving a semi truck, a settlement involves the payment of money to a plaintiff by or on behalf of the defendant. When a settlement occurs, the plaintiff gives up his or her right to sue or maintain a lawsuit against the defendant.

People who are injured in semi truck accidents often deal with large trucking corporations and insurance companies when pursuing a claim for injuries. In addition to potentially filing a lawsuit on behalf of people who have been injured in a semi truck accident, an affiliated trucking accident lawyer can help negotiate a settlement offer injured parties may receive. Should a trucking or insurance company offer to settle a case before it goes to trial, an experienced trucking accident lawyer will be able to assist injured parties with such negotiations to help them receive a fair settlement.

How Can a Trucking Accident Lawyer Help?

Truck drivers and trucking companies have a duty to operate and maintain big rigs in a reasonably safe manner. If they fail to fulfill this duty, they could be held liable in lawsuits for injuries that may result.

People injured in semi truck accidents may be entitled to compensation for damages, including:

When a person is killed in a trucking accident, family members may be entitled to compensation for the wrongful death of their loved one, including:

People injured, or the families of those killed, in semi truck accidents are encouraged to seek the advice of a trucking accident lawyer to learn more about their rights and remedies.

Have you been injured in a trucking accident?