General Motors Co. has issued a recall for more than 316,000 sedans and sport utility vehicles because the low-beam headlights can malfunction and stop working, according to the company. The models affected in the GM headlight recalls include the 2006 to 2008 Isuzu Ascender and Saab 9-7X SUVs; the 2006 to 2007 Buick Rainier, GMC Envoy, and Chevrolet Trailblazer SUVs; and the 2006 to 2009 Buick LaCrosse sedans. 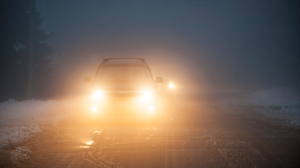 The automaker has not yet confirmed whether the vehicles in the latest GM headlight recalls have been involved or to blame for any accidents or injuries, but it did acknowledge that if the headlamp driver module malfunctions, the daytime running lamps and low-beam headlamps could permanently or intermittently fail to illuminate. According to the company, the GM headlight recalls do not include the fog lamps, turn signals, marker lamps or high-beam headlamps.

The company has reportedly informed the National Highway Traffic Safety Administration of the GM headlight recalls, which brings GM’s recall total to more than 26.85 million vehicles in the U.S. and 30.4 million vehicles worldwide in 2014. Of the 317,357 vehicles in the latest GM headlight recalls, 273,182 are confirmed to be registered in the U.S., with most of the remaining cars located in Mexico and Canada, according to GM.

In 2014, GM also issued a recall of 2.6 million vehicles for a potentially defective ignition switch. As of December 2, 2014, the company had successfully repaired 60 percent of the affected vehicles, but the alleged defect has been linked to 36 fatalities and 44 injuries. In May, the company paid a record-setting $35 million fine to the NHTSA for the delayed recall, which has prompted investigations from U.S. and Canadian regulators, the Securities and Exchange Commission, 48 state attorneys general, Congress, and the U.S. Justice Department. The company has acknowledged that it will spend at least $400 million on claims but that the total could rise as high as $600 million.

Have you or a loved one sustained an injury in accident and you believe that the crash was caused by a defective or recalled vehicle item? Contact Attorney Group to schedule your case evaluation. There are no out-of-pocket costs to speak with us, and we can review your case and help you to determine if you are eligible to seek monetary compensation for your injuries. If we believe you have a legitimate claim, we can refer you to one of our affiliated attorneys who can file a lawsuit on your behalf. Call Attorney Group today to learn about your rights.