According to the Sydney Morning Herald, nearly 2,000 Australian citizens are participating in a class action hip replacement lawsuit against medical device manufacturers DePuy Orthopaedics and Johnson & Johnson. One of the largest class action lawsuits in the country’s history, the outcome could result in hundreds of millions of dollars in compensation for the Australian plaintiffs. DePuy’s ASR hip replacement system has been the subject of thousands of lawsuits in the U.S. and a $2.5 billion settlement of claims related to the allegedly defective hip replacements announced

If you or a loved one has received a metal-on-metal hip replacement and suffered complications, call Attorney Group for a free consultation. We can answer your questions, and if you have a case, we can connect you with an affiliated hip implant attorney who can file a lawsuit on your behalf and help you seek the compensation to which you may be entitled. 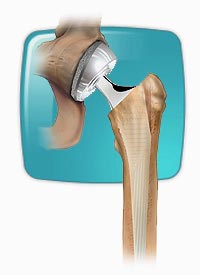 Many of the plaintiffs in the Australian class report that that they have undergone major revision procedures to remove their implants. Some allege they had to go into surgery five or six times, and others allege severe medical complications such as fatigue, blood poisoning, chronic pain, heart complications, and infections.

In an opening address to a hearing on March 2, 2015, legal counsel representing the plaintiffs stated the ASR metal-on-metal hip implants have failed in both the commercial sense and the clinical sense, as a reported 39 percent of recipients undergo revision procedures to remove the allegedly defective devices. According to plaintiffs, while the “special design” of the ASR may have been intended to reduce friction and wear, it allegedly caused greater wear and led to metal poisoning.

Plaintiffs also allege that DePuy knew of the potential risks and complications but failed to warn the medical community and public for fear of losing profits. The companies maintain that the ASR hip implants are no more susceptible to wear-and-tear than other metal-on-metal hip implants and that patients might have undergone unnecessary surgeries due to media coverage and litigation in the U.S.

Contact Us with Questions About A Potential Hip Replacement Lawsuit

If you or a loved one was fitted with a metal-on-metal hip implant and later experienced complications, contact Attorney Group to learn more about your options. At no out-of-pocket cost to you, we can answer your questions. If you have a case, we can connect you with an affiliated hip replacement attorney who can help you seek the compensation to which you may be entitled.