Bloomberg news reports that Jaguar Land Rover North America will recall as many as 104,000 Jaguar Land Rover and Range Rover vehicles due to claims of brake hoses leaking and rupturing. These reported problems pose an increased accident risk to drivers since longer distances will be required for safe and proper braking. The U.S. National Highway Traffic Safety Administration (NTHSA) announced the Jaguar Land Rover recall on February 6, 2015 after the agency received a report of a crash caused by a rupturing brake hose.

If you have been injured in an accident involving a Jaguar Land Rover or Range Rover and you would like more information about pursuing a claim for compensation, Attorney Group can help. Contact us to receive a free, no-obligation consultation. We can connect you with an affiliated attorney who can assist you in seeking the compensation to which you may be entitled. 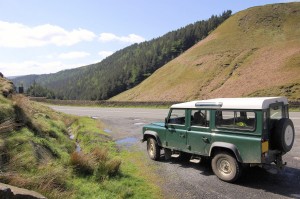 According to the NHTSA, the recalled vehicles pose a safety hazard because a lack of brake fluid requires longer stopping distances and,in some cases, a complete inability to brake. The recall involves 74,648 potentially affected vehicles in the U.S., including model years 2006 through 2012 that were manufactured between April 15, 2005 and September 4, 2012. Another 24,679 vehicles built from August 16, 2012 to January 8, 2014 will also be recalled. At least one accident has been linked to the problem.

In January 2010, the Jaguar Land Rover opened an investigation after it received reports of brake fluid leaks, as well as complaints from consumers stating that more force was required to apply the brakes. In November of that year, the manufacturer reported to the NHTSA that it had recognized a brake flex hose leak in several vehicles, and began a review to further test the vehicles’ components.

According to the company, the brake hoses that suffered the bulge condition were pressure-tested and exceeded the pressure-specified requirements. However, Jaguar reportedly did not determine any loss of integrity or safety hazard to the brake hoses and closed the investigation without issuing any recall.

In November 2014 the NHTSA challenged the company’s conclusion and opened another investigation following a report of a car accident suspected to have been caused by a ruptured brake hose and a loss of braking. After further review, Jaguar reportedly found there was an unreasonable risk to safety, and issued a recall. The manufacturer plans to notify owners by mail and include instructions regarding free replacements of the front brake hoses at certified dealers across the U.S. The recall is expected to begin on March 13, 2015.

Do You Have Questions Regarding the Jaguar Land Rover Recall?

Contact Attorney Group for more information if you have questions or concerns about the most recent Jaguar Land Rover Recall, or if you or a loved one was injured in an accident that you believe was caused by braking problems with a Land Rover or Range Rover. We can connect you with an affiliated attorney who can help you to seek the compensation to which you may be entitled. You could be eligible to recover damages medical expenses, pain and suffering, lost wages, and more. Call today.