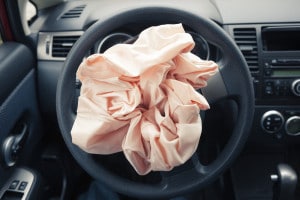 Japanese manufacturer of vehicle safety parts Takata Corp. could be facing significant costs for allegedly selling defective airbags to at least 10 automobile manufacturers dating at least as far back as 2001. According to reports, the airbags may potentially rupture when deployed and spray bits of metal into front-seat passengers and drivers, thus worsening whatever injuries the components were meant to dampen.

The National Highway Traffic Safety Administration (NHTSA) is conducting an investigation, but Takata released an estimate in August 2014 of how much the company is expected to lose this year in costs related to fixing the alleged defect. In Takata’s first quarter report that ended June 30, 2014, the company indicated that it would lose $235 million this year compared to its previously forecasted gain fo $156 million. Takata also announced a one-time charge of $470 million to cover issues related to the recall.

While automakers had previously been under “limited regional recalls,” based on the assumption that the risk of over-inflation of the airbags was due to high humidity, the NHTSA put out a recall notice on October 20, 2014 for defective airbags. The agency also urged car owners whose vehicles were equipped with specific airbags to immediately take action.

According to the NHTSA, more than 4.7 million vehicles are involved in the recall, and the allegedly defective airbags have been the cause of at least four fatalities that occurred when inflator mechanisms ruptured on the airbags and sprayed passengers with metal fragments. The NHTSA warned owners of recalled vehicles and urged them to immediately take them to their local dealers. Safety experts claimed that an estimated 12 million vehicles worldwide have been cited in the recall due to the potentially defective airbags.

The airbags are manufactured by Takata and are currently in place in some General Motors, Nissan, BMW, Mazda, Honda, and Toyota models. The NHTSA also said that the situation was particularly urgent for drivers in Hawaii, Virgin Islands, American Samoa, Saipan, Guam, Puerto Rico, and Florida, and that owners living in these regions should take immediate action.

As a result of the alleged defect and the possibility for injury and death, those who have been injured may wish to consider working with an airbag defect lawyer to pursue a claim for compensation. Depending on the specifics surrounding the injury and if an airbag defect lawyer can prove that the injury was caused by the defective airbag, a victim may be entitled to seek compensation for lost income, pain and suffering, and medical expenses, including procedures, treatments, rehabilitations, and medication resulting from the accident.

If you or a loved one was injured or killed by metal fragments that resulted from an airbag deployment and you would like to learn more about your options, you may wish to seek legal counsel from an airbag defect lawyer. Attorney Group can discuss potential cases, free of charge, in an effort to help potential plaintiffs determine whether they have a case. Call us today to learn more, and we can put you in touch with an affiliated airbag defect lawyer who can help you seek the compensation to which you may be entitled. Contact us today for more information.