If you or a loved one took Levaquin and suffered permanent nerve damage or other complications, contact Attorney Group for more information about your options.

We can answer your questions in a free and confidential consultation. If you wish to pursue a claim, we can connect you with an affiliated attorney who can file a Levaquin lawsuit on your behalf.

Lawsuits allege that the drug maker failed to provide adequate warnings about the serious side effects associated with taking this medication.

A Levaquin lawsuit may be an option for patients who suffered permanent nerve damage while taking the antibiotic. Levaquin is most often prescribed as a last line of defense to treat serious bacterial infections and other conditions. However, some doctors may be prescribing Levaquin and similar antibiotics first. Additionally, some patients may be at risk for the development of peripheral neuropathy, an incurable condition characterized by weakness, numbness and pain from nerve damage. Affected patients and their families may be eligible to seek compensation for their injuries with the help of a dangerous drug attorney.

For more information, contact Attorney Group for more information. We offer free, no obligation consultations. We can answer your questions, and if you choose to pursue a claim we connect you with an affiliated attorney who can assist you throughout the legal process.

Have You Seen Levaquin Lawsuit Commercial?

You may have seen a Levaquin lawsuit commercial on television and wondered whether you or a loved one have been affected by Levaquin and, if so, whether you are eligible to pursue a claim against the manufacturer or others. The purpose of this article is to provide you with additional information so that you have a better understanding of your options. 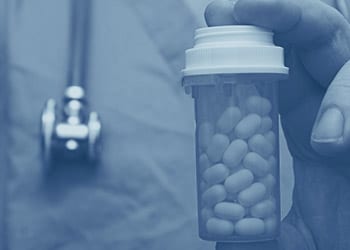 Have you been injured by Levaquin?

Levaquin is a commonly prescribed antibiotic used to treat bacterial infections occurring in the skin, sinuses, kidneys, bladder or prostate. It is also used to treat less common conditions, including bronchitis, pneumonia, anthrax infection or plague.

Levaquin is in a class of antibiotics called fluoroquinolones. It is the brand name for levofloxacin. Other drugs in this class (and their brand names) are:

Levaquin is manufactured by Ortho-McNeil-Janssen, a subsidiary of Johnson & Johnson.

What are Fluoroquinolones and Why Are They Used?

Unlike general antibiotics, fluoroquinolones are extremely powerful and are designed to treat serious infections, such as respiratory tract infections and hospital-induced pneumonia. More specifically, Levaquin is used to treat bacterial infections of the prostate, bladder, kidneys, sinuses and skin. In some cases, it is also used to treat the infections that cause bronchitis, and to treat those who are exposed to plague or anthrax.

According to Forbes, fluoroquinolones are only supposed to be used when first-line antibiotics, such as penicillin, prove to be ineffective. This class of antibiotics can also be used in cases where a life-threatening infection exists or in situations where the infection responds best to a fluoroquinolone. However, instead of trying out a less powerful antibiotic for common bacterial diseases, like urinary tract, sinus and ear infections, many doctors now prescribe a fluoroquinolone, like Levaquin, first. The Centers for Disease Control and Prevention (CDC) states that over half of all prescriptions written in the U.S. for antibiotics are inappropriate.

Since July 2008, the FDA has issued three safety communications regarding the use of fluoroquinolone antibacterial drugs and specific safety issues related to those medications.

The following safety communications were issued over a three-year period:

The FDA recommends that patients who begin to develop the symptoms of peripheral neuropathy stop taking Levaquin and be switched to another type of antibacterial drug, unless the benefits of using a fluoroquinolone drug outweigh the risks. However, the agency also warns that discontinuation of this drug may not reverse the effects of the peripheral neuropathy.

Those with peripheral neuropathy often experience burning or stabbing pain accompanied by tingling, and other parts of the body could be affected in the same manner. The symptoms may be reduced through the use of other medications.

Patients who are prescribed Levaquin and other fluoroquinolones may experience several symptoms with the onset of peripheral neuropathy. For instance, they may notice that their coordination gets worse, that they are extremely sensitive to touch, and that they experience muscle weakness or paralysis. However, in patients where the autonomic nerves are affected, bowel, bladder or digestive problems; an intolerance to heat; and changes in blood pressure may develop.

The FDA warns that the symptoms of peripheral neuropathy can occur at any point after Levaquin or other fluoroquinolones are taken. When the organization issued its safety announcement for fluoroquinolone drugs, it stated that it would continue to evaluate the safety of these medications and that it would notify the public once they had collected further information.

In addition to peripheral neuropathy, the FDA and the U.S. National Library of Medicine state that those who take Levaquin are at an increased risk of developing tendinitis. Those who take this drug may also have a tendon rupture at any point while they are on the medication or at any point in the months following when they stop taking it. Both tendinitis and tendon rupture may occur in the tendons in the hand, the back of the ankle, the shoulder or in other body parts. While these issues can affect patients of any age who take Levaquin, they are most common among those who are over the age of 60.

One patient who experienced side effects like these was prescribed Levaquin while she was in the hospital being treated for pneumonia, according to The Washington Post. Before the medication was administered, the woman claims that the drug’s potential to damage tendons, bones, muscle and cartilage was not explained to her. Within 24 hours after the drug entered her system, the woman alleges that she felt a burning pain and felt like she had developed carpal tunnel.

The woman says that it took her four years to feel better after she started to experience side effects from being given Levaquin in the hospital. At first, it was difficult for the woman to do simple daily tasks, like lifting up a mug of coffee, because of the pain she would experience in her tendons. The woman also claims that it was hard for her to walk, hold her cellphone, squeeze toothpaste onto her toothbrush, pick up her cat and open jars. While the pain primarily affected her wrists, she also experienced pain in her Achilles tendons, biceps and knees.

Other Levaquin Side Effects

Although the FDA issued a safety warning associating fluoroquinolones with peripheral neuropathy in 2013, taking Levaquin is associated with many other serious side effects. According to the FDA’s medication guide, some of these include:

In children, Levaquin also increases the risk of problems with the joints and surrounding tissues. Parents should notify their child’s health care provider right away if their child experiences any problems with their joints during or after their treatment with Levaquin, the FDA cautions.

According to Medscape, the FDA’s Drug Safety and Risk Management Advisory Committee and the Antimicrobial Drugs Advisory Committee met together to discuss the need for labels on fluoroquinolone medications to include even stronger warnings about the risk of peripheral neuropathy, prolongation of the QT interval and tendon rupture. Some members of this panel requested that the labels be updated with stronger wording, and some suggested that these serious health complications be addressed on these medications with a black box warning.

At this meeting, over 30 people who had experienced some of these side effects as a result of taking a fluoroquinolone medication like Levaquin discussed their experiences. While they spoke, many of these patients claimed that as a result of the adverse health consequences they experienced, they had lost years of their lives.

Has There Been a Levaquin Recall?

Although there has not been a Levaquin recall, lawsuits have been filed on behalf of patients claiming that they developed serious nerve disorders and other complications after taking Levaquin. Failure to warn of side effects of a drug can be a basis of drug company liability, regardless of whether the drug has been recalled.

Lawsuits have been filed against the manufacturer of Levaquin claiming the drug maker failed to provide patients with appropriate notice about the serious side effects associated with taking this medication.

In one of these cases, the plaintiff claimed that Johnson & Johnson knew that Levaquin could cause peripheral neuropathy as early as 1992. However, the plaintiff alleges that the manufacturer failed to warn patients of this risk until 2004, when the FDA required all fluoroquinolone antibiotics to come with a similar warning.

Although Johnson & Johnson did update the warning label on Levaquin after the FDA’s new requirement was issued, the plaintiff in this case also alleges that from September 2004 to August 2013, this warning was inadequate. The plaintiff claims that the warning on this medication simply stated that the risk of developing peripheral neuropathy while taking Levaquin was rare, and that the symptoms of this condition would go away after use of the drug was discontinued. However, after taking Levaquin, the plaintiff alleges that the onset of peripheral neuropathy can be rapid and no longer taking the drug does not necessarily mean that the symptoms of this condition will go away.

How Can a Levaquin Lawsuit Help?

Drug manufacturers have a duty to ensure their products are accompanied by full and accurate instructions and warnings to guide prescribing doctors and other health care providers in making treatment decisions. If a drug maker fails to fulfill this duty, it could be held liable in lawsuits for injuries that may result