If you or a loved one received a Medtronic StrataMR adjustable valve and shunt and suffered serious complications associated with the under-drainage of brain fluid, contact Attorney Group for more information about your options.

We can answer your questions in a free and confidential consultation. If you wish to pursue a claim, we can connect you with an affiliated attorney who can file a Medtronic StrataMR Valve lawsuit on your behalf.

A voluntary medical device recall has been issued by the manufacturer, and the U.S. Food and Drug Administration has labeled it as a Class I recall, the most serious type.

A Medtronic StrataMR Valve lawsuit may be an option for people who experienced a reaction and suffered serious complications related to the under-drainage of brain fluid. According to a medical device recall notice issued by the U.S. Food and Drug Administration (FDA), potentially affected Medtronic StrataMR adjustable valves and shunts manufactured and distributed by the global medical device company may lead serious health consequences, including coma and death. Affected patients and their families may be eligible to pursue compensation for damages with the help of a defective medical device attorney.

Have You Seen a Medtronic StrataMR Valve Lawsuit Commercial?

You may have seen a Medtronic StrataMR valve lawsuit commercial on television and wondered whether you or a loved one have been affected by the potentially defective medical devices and, if so, whether you are eligible to pursue a claim against the manufacturer or distributor. The purpose of this article is to provide you with additional information about recalls, lawsuits, and settlements involving potentially defective adjustable valves and shunts so that you have a better understanding of your options. 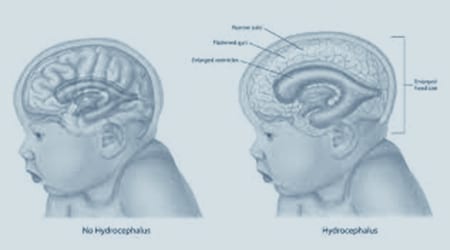 Hydrocephalus is a condition primarily characterized by an excessive accumulation of the clear fluid that surrounds the brain and spinal cord known as cerebrospinal fluid (CSF).

According to the National Institute of Neurological Disorders and Stroke (NINDS), the “excessive accumulation results in an abnormal dilation of the spaces in the brain called ventricles,” causing “potentially harmful pressure on the tissues of the brain.”

Congenital hydrocephalus can be caused by genetic abnormalities or developmental disorders, including spina bifida and encephalocele, a birth defect that occurs when the neural tube fails to close completely during fetal development. Hydrocephalus can also be acquired later in life, sometimes as a result of a stroke or other traumatic injury. Symptoms of the condition often vary and most likely depend on age, progression of the disease and individual tolerance to CSF.

Hydrocephalus is often treated by surgically inserting a shunt system, which consists of a flexible, plastic tube called a shunt, a catheter, and a valve that maintains the direction and rate of CSF flow.

Complications of shunt systems may include:

Shunt systems require monitoring and regular medical follow up. When complications occur, subsequent surgery to replace the failed part or the entire shunt system may be needed.

What is a Medtronic StrataMR Valve?

Medtronic Strata MR adjustable valves and shunts are medical devices manufactured by Medtronic PLC, one of the largest medical equipment companies in the world. According to the FDA, Medtronic StrataMR adjustable valves and shunts provide continuous cerebrospinal fluid flow from the ventricles of the brain into the right atrium of the heart or peritoneal cavity. The design of the device allows a doctor or health care provider to non-invasively adjust the valve pressure with a magnetic tool.

On February 22, 2017, Medtronic announced a voluntary worldwide recall of its StrataMR adjustable valves and shunts. According to the company’s press release, Medtronic is conducting the voluntary recall because of an issue that may occur after implantation that can lead to the potential for under-drainage of CSF.

A complete list of lot numbers affected by the recall can be found at the medical device’s FDA recall web page.

Under-drainage of cerebrospinal fluid may lead to adverse health consequences such as headaches, nausea, vomiting and lethargy. According to the press release issued by Medtronic, under-drainage can potentially lead to coma and death if left untreated. One death has been reported; however, Medtronic has not confirmed the cause of death in relation to the recalled devices.

In a recall notice originally issued in April 2017, the FDA identified the recall as a Class I recall, the most serious type of recall. The FDA defines a Class I recall as “a situation in which there is a reasonable probability that the use of or exposure to a violative product will cause serious adverse health consequences or death.”

According to the FDA and an Urgent Medical Device Recall letter distributed to potentially affected customers, health care providers using the devices and patients undergoing procedures involving the devices have been asked to:

If any of the recalled devices have been implanted in patients, the FDA encourages  health care providers to check the information attached to the letter for additional care.

Is There a Medtronic StrataMR Valve Class Action Lawsuit?

At the time of this article’s publication, a Medtronic StrataMR Valve class action lawsuit action has not been filed. Medtronic StrataMR Valve lawsuit attorneys are doubtful that a class action will be certified for patients who are adversely affected by the device. Instead, if multiple lawsuits are filed against the manufacturers, alleging injuries and other damages caused by adjustable valves, shunts and similar medical devices, it is anticipated that these potential lawsuits will be consolidated for discovery and other pretrial proceedings.

Have There Been Medtronic StrataMR Valve Lawsuit Settlements?

Some defective medical device lawsuits may settle early in the claims process. However, it is not expected that there will be any Medtronic StrataMR valve lawsuit settlements at this time. Instead, it is expected that adjustable valve and shunt lawsuits will be consolidated in federal court through an MDL. Medtronic StrataMR valve lawsuit attorneys note that the outcome of any case is never guaranteed and past results are not necessarily predictive of future outcomes.

How a Medtronic StrataMR Valve Lawsuit Attorney Can Help

People injured by defective valves and shunts may be eligible to recover money for: