Paraquat, used for decades and known to be toxic, was recently linked to Parkinson’s Disease. A lawsuit was filed in September of 2017 on behalf of farmers and agricultural workers who developed Parkinson’s Disease after being exposed to and working with Paraquat.

Paraquat, used for decades and known to be toxic, was recently linked to Parkinson’s Disease. A lawsuit was filed in September of 2017 on behalf of farmers and agricultural workers who developed Parkinson’s Disease after being exposed to and working with Paraquat.

If you or a family member were exposed to Paraquat, and developed Parkinson’s Disease as a result, you may be eligible to join the class action lawsuit and recover compensation for your injuries.

For more information, contact the Attorney Group. We offer free, confidential, no obligation consultations. We can help answer your questions, and if you choose to pursue a case we can connect you with an affiliated Paraquat lawsuit attorney who can assist you throughout the legal process.

Paraquat is a lethal chemical most frequently used as an herbicide to control weeds and invasive grasses in agricultural areas. Although it’s been produced for over 130 years, it’s use as an herbicide didn’t become common until the mid-20th century. As weeds become more resistant to the nation’s most popular weed killer, Monsanto’s Ready Roundup, Paraquat has been accepted as an effective alternative.

Paraquat dichloride, as it’s technically known, is typically sold as Gramoxone by its Swiss manufacturer, Syngenta. It’s registered for use in the United States as a Restricted-Use-Product (RUP), which means that it can only be purchased and used by certified applicators. There are no home uses for Paraquat and its RUP status is due to its unusually high level of toxicity. If ingested, just 2.5 grams, or one capful, can be fatal to a human and there is no antidote. 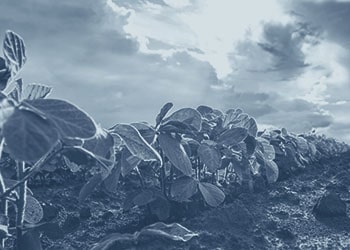 How Does Paraquat Work?

Paraquat is effective as a weed killer because it inhibits photosynthesis, rendering the weed or grass unable to grow. It’s very fast-acting, killing most broad-leafed and annual weeds on contact, and is partially inactivated when it makes contact with soil. This has made it especially effective on no-till crops.

For humans, Paraquat is highly toxic, even after being diluted. It typically enters the body through accidental ingestion, damaged skin, or inhalation. Once it makes contact with the body, the damage is immediate, corrosive, and on-going. One farmer died just 3.5 hours after spilling undiluted Paraquat on his skin. Other cases show that farmers who repeatedly inhale Paraquat during normal use developed Parkin’s Disease over several years.

Paraquat in the United States

Several nations have banned the use of Paraquat as an herbicide, including Switzerland, which is where manufacturer Syngenta’s home office is located. Similarly, Syngenta’s largest manufacturing facility is in England, where Paraquat is also banned for agricultural and herbicidal use.

Even China, which is well-known for its relaxed environmental and health policies, announced in 2012 that it would begin to phase out the use of Paraquat, citing the substantial risks to peoples’ health and lives.

The United States, on the other hand, is currently the world’s largest importer of Paraquat. According to Syngenta, nearly 7 million pounds of Paraquat was used in the U.S. in 2016, covering nearly 15 million acres of crops. Paraquats use on soybean fields is especially common. Soybean growth and consumption is rapidly increasing and Paraquat has been shown to be notably useful in killing weeds in soybean fields.

While it may be useful for killing weeds, Paraquat can be deadly to humans. It’s long been known that a single sip, if swallowed, can be lethal. In many parts of the world where Paraquat is still legal, it’s commonly used as a means of committing suicide.

Other known health risks include:
• Lung damage, known as Paraquat Lung
• Scarring of the lungs
• Respiratory failure
• Seizures
• Coma
• Muscle weakness
• Heart failure
• Severe illness if any amount of Paraquat touches the lining of the intestines, stomach, or mouth
• Noxious damage to the kidneys, liver, and esophagus

Paraquat has even been known to cause severe illness after simply being exposed to an open wound or cut. It’s highly poisonous, even from minimal exposure.

The link between Paraquat and Parkinson’s Disease has been in question for nearly two decades. In 2011, after mounting concerns, the National Institute of Health (NIH) conducted a focused study known as the Farming and Movement Evaluation, or FAME. The focal-point of the study was to explore claims that exposure to Paraquat was linked to an increased risk of developing Parkinson’s Disease.

According to many leading epidemiologist experts, the data from the study is ‘overwhelming’. One leading scientist, with the Epidemiology Branch of the National Institute of Environmental Health Sciences, said that the studies findings were “…about as persuasive as these things can get.”

A similar study conducted in 2012 found that some individuals who used Paraquat were nearly 11 times more likely to develop Parkinson’s Disease than those who don’t.

After the 2011 study, Syngenta attempted to discredit the findings, denying any link between Paraquat and Parkinson’s Disease.

In September 2017, a lawsuit was filed in St. Clair County, IL, naming Syngenta and Growmark as defendants. The lawsuit was filed on behalf of three farmers who were exposed to paraquat and developed Parkinson’s Disease as a result.

Later, on October 6, 2017, an amended complaint was filed adding more plaintiff’s and naming Chevron Chemical as another defendant with claims that they ‘acted in concert’ with Syngenta.

In part, the class action lawsuit claims that common application methods result in spills, splashes, leaks, and spray drifts, all of which expose users to the dangerous neurotoxin and resulted in the development of Parkinson’s Disease. Furthermore, because Paraquat was marketed as a ‘safe’ and ‘effective’ product for decades, users had no way of knowing the danger they were in.

How We Can Help

If a product maker, like Syngenta, fails to fulfill this duty, it could be held liable in lawsuits for injuries that may result.

If you were exposed to and injured by this popular weed killer, you may be entitled to compensation for:
• Medical Expenses
• Lost Wages
• Pain and Suffering

For more information, contact Attorney Group. You can fill out the form on this page or contact us by phone or email.