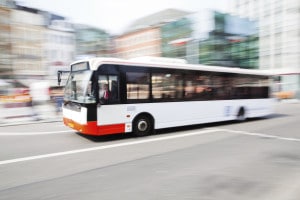 The National Transportation Safety Board has announced that it will be opening an investigation into a bus accident that occurred on September 21, 2014 in New Castle, Delaware. According to reports, 49 passengers were traveling on the bus as it attempted to turn onto a curved exit ramp when it overturned onto its roof, slid down a nearby grass hill, and stopped on its side. The bus driver walked without injuries as he was wearing a seatbelt, but according to a representative for the manufacturer of the bus, the vehicle did not have seatbelts on passenger seats.

One woman was found dead under the bus, and another was transported to a nearby facility where she died later that evening. Other passengers were also taken to hospitals for injuries that varied in severity. According to state police, alcohol and drugs did not play a role in the crash. However, investigators are still attempting to determine the primary factor, and officials believe that mechanical issues, driver distraction, speed, or driver fatigue may have played a part. Investigators will be looking into the driver’s activity in the 72 hours before the crash to evaluate his fatigue level, and will research his medical history as well. Officials will also check the bus company’s procedures, policies, management, and training systems.

Federal regulations state that bus drivers can operate the vehicles for up to 70 hours every eight days in an effort to prevent driver fatigue. The Federal Motor Carrier Safety Administration made several other changes to its truck and bus driving legislation due to the increasing number of accidents and wrecks that have resulted from driver fatigue.

According to the FMCSA, drivers can only take the wheel after operating for 70 hours if they take a 34-hour consecutive break. If it is found that the driver did not adhere to these regulations as evident from the data-recording device aboard the bus, he could potentially be held liable for the resulting injuries and deaths that occurred.

Have You Been Injured in a Bus Accident? Contact Attorney Group

If you or someone you love has been involved in a bus accident and you believe that negligence may have played a part in the incident, Attorney Group can help. We offer free case evaluations to individuals who have been injured in bus accidents, and we can put you in touch with an affiliated attorney who can help you pursue a claim for compensation. Call today to learn more.