Like other types of motor vehicle accidents, large truck accidents can be devastating, often leaving those involved seriously injured as a result of the accident. According to the […] Based on statistics compiled between 1982 and 2018, the National Highway Traffic Safety Administration (NHTSA) estimates approximately 2,300 people will be killed as a result of holiday traffic […] 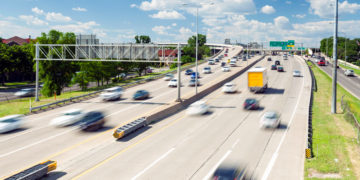 Thousands of Americans are killed in traffic accidents each year in the United States. According to the National Highway Traffic Safety Administration (NHTSA), over 35,000 people were killed […] What Should You Do If Your Child is Injured in a School Bus Accident?

Although school buses are one of the safest means of transportation for children, accidents can happen. According to the National Highway Traffic Safety Administration (NHTSA), 126 occupants were […] Report: The Boring Company Sells 20,000 Flamethrowers in a Few Days

A flamethrower accident lawsuit may be an option for individuals who suffered serious injuries from the dangerous products. After The Boring Company sold 20,000 flamethrowers in a matter […] A pressure cooker class action lawsuit may be an option for individuals who purchased a pressure cooker and suffered damages after the product exploded. In some cases, people […]

A driverless car accident attorney notes that a self-driving Uber car ran a red light in San Francisco, hours after the company began piloting the technology in the […]

A train injury lawyer notes that a defective axle may be the cause of a fiery train accident, as other axles from the same batch have been subject […]

An auto accident injury lawyer notes that an unidentified motorist rear-ended another, killing one person and causing injury to another. Further investigation could confirm reports that the accident […]

A motorcycle injury lawyer notes that infotainment systems, which are becoming more and more common on American bikes, have the potential to distract riders due to their smartphone-like […]