What Are Dangerous Drugs? Here’s What You Should Know.

Millions of people use over-the-counter and prescription drugs every day without experiencing serious complications; however, some individuals may experience serious or even life-threatening injuries allegedly associated with defective […] FDA Asks Manufacturers to Remove Zantac From the Market

The U.S. Food and Drug Administration (FDA) is requesting that all manufacturers immediately withdraw prescription and over-the-counter forms of Zantac from the market after new evidence reportedly shows […] As a result of the consolidation of approximately 140 Zantac lawsuits, plaintiffs and defendants have submitted a proposal that would allow direct filing of lawsuits in the Southern […] On October 1, 2019, Johnson & Johnson announced it had reached a $20.4 million settlement with two counties in Ohio as part of the ongoing opioid crisis in […] Pharmacies and other major retailers across the United States have reportedly started pulling generic versions of Zantac from their shelves after the U.S. Food and Drug Administration (FDA) […] 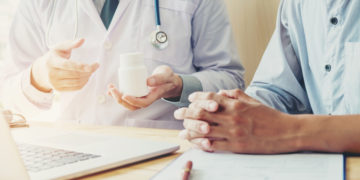 Attorneys are looking into reports related to the aggressive promotion and marketing of prescription medication Nuedexta. According to an investigation by CNN, pharmaceutical sales representatives affiliated with the […] A Nexium lawyer notes a lawsuit in which the plaintiff claims to have been diagnosed with chronic kidney disease after using the medication regularly for almost 10 years. Since […]

A generic drug antitrust lawsuit may be an option for individuals and other parties who purchased certain generic drugs on at least one occasion after June 1, 2013. […]

An Abilify injury attorney notes that a $19.5 million multistate settlement has been reached with Bristol-Myers Squibb after the drug maker allegedly used improper promotional practices to market the medication. As […]

FDA: Actos May Be Linked to Increased Risk of Bladder Cancer

An Actos bladder cancer lawyer notes that the U.S. Food and Drug Administration (FDA) has concluded that the use of type 2 diabetes medications containing pioglitazone, including Actos, may […]

FDA: Onglyza May Put Patients at Risk for Heart Failure

An Onglyza injury attorney notes that the U.S. Food and Drug Administration (FDA) is reportedly revising the warning label of the diabetes medication Onglyza to reflect the potential […]

Lawsuits: Xarelto Bleeding Risks Could Have Been Minimized

A Xarelto bleeding injury attorney notes that the first bellwether trials involving patients who claim they were harmed by the drug may begin in summer 2017. Lawsuits allege […]

An Onglyza heart failure lawyer notes that existing research indicates a possible increased risk of heart failure among patients using Onglyza. As a result, the U.S. Food and […]