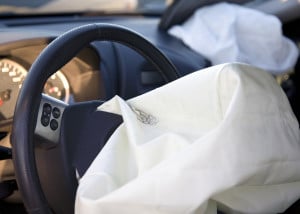 Japanese airbag manufacturer Takata Corporation is facing growing pressure to expand an airbag recall as more automakers announce additional vehicles that will be included in their own voluntary recalls. Takata has maintained the problematic issue only occurs in vehicles operated in areas of high humidity, limiting the recalls only to areas with hot, humid climates. Federal regulators have pressured the manufacturer and automakers to expand the recall after at least five people reportedly died when the airbag malfunctioned.

At least four automakers have expanded their own recalls after pressure from federal regulators following the Takata recall. The additional recalls include:

The Takata recall was initiated after the discovery that inflators inside the airbag could overpressurize and rupture when deployed after an accident. When the inflator ruptures, metal fragments can be sprayed into the vehicle cabin, injuring drivers and passengers. Some who have experienced the ruptured inflator describe the metal fragments as shrapnel. Four people in the United States and one in Malaysia have reportedly died as a result of the allegedly defective airbags.

Whereas Takata has insisted the airbags are only susceptible to rupture in hot, humid climates, federal regulators say the Takata recall should be expanded to all climates. According to NHTSA, many residents in areas with low humidity drive vehicles to areas with high humidity on a regular basis. In some cases, residents of northern states may spend winters in southern states where humidity is higher, taking their vehicles with them. Those vehicle owners may not be notified of the Takata recall, despite the fact that their vehicles spend a significant portion of the year in hot, humid climates. Takata has reportedly hired a public relations firm to manage the airbag crisis but has not indicated it would issue an expanded recall.

If you or a loved one have been injured by an airbag, or if a loved one has died of injuries related to a defective airbag, contact Attorney Group today to learn more about your potential personal injury or wrongful death claim.