According to Tracy Morgan’s lawyer, the actor is fighting to recover from a severe brain injury that was caused by a highway crash more than five months ago. His lawyer indicated that it is uncertain whether Tracy Morgan will be “the Tracy Morgan he once was.” The traumatic brain injury is the most serious of Tracy Morgan’s injuries, and the actor continues to fight to get better. However, whether a recovery is possible is still unknown, particularly due to the severity of the brain injury.

Morgan is filing a lawsuit against Wal-Mart Stores Inc., whose semi truck was involved in the accident that caused the injuries. The truck reportedly hit the limo van that was carrying Morgan and several of his friends as they traveled home from a show in Delaware. Three passengers were injured, two seriously, and one person was killed. Tracy Morgan’s injuries landed him in a hospital for several weeks and in rehab.

While the specific aspects of Tracy Morgan’s injuries were not discussed, his lawyer stated that he has not yet made a full recovery. In cases of traumatic brain injuries, it can take several weeks, months, or even years to determine how the victim will fare and how he or she will recover. 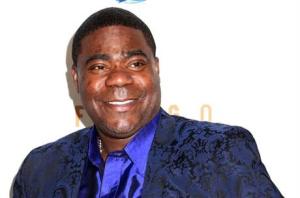 Morgan is suing for compensatory and punitive damages in his lawsuit, which was filed in late September. According to Wal-Mart, Tracy Morgan’s injuries, as well as the conditions of the other passengers, were caused partly due to the fact that they were not wearing seatbelts.

Driver Was Speeding in a Construction Zone

Kevin Roper, the Georgia truck driver who was behind the wheel of the Wal-Mart truck, was charged with four counts of assault by auto and one count of death in state court. He filed a request to delay Morgan’s lawsuit while the other case proceeded, and a verdict is scheduled to be reached next month.

The National Transportation Safety Board conducted a preliminary investigation and found that Roper was traveling at 65 miles per hour before hitting the back of the van. The speed limit on that particular stretch of the New Jersey Turnpike is normally 55 miles per hour but had been lowered to 45 miles per hour the night of the crash due to construction.

Have You Suffered From a Traumatic Brain Injury?

If you or a loved one has suffered a traumatic brain injury and you believe that another’s negligence was to blame, contact Attorney Group to schedule your free case evaluation. We can help to address your concerns and answer your questions. If we find that you have a case, we can connect you with one of our affiliated attorneys. You may be entitled to seek compensation for your injury or condition and recover damages for pain and suffering, lost wages and any medical expenses you might have incurred.