Xarelto, a blood thinner that is prescribed to certain patients for its anticoagulant properties, is supposed to safeguard against blood clots. The Food and Drug Administration (FDA) approved the use of Xarelto to treat patients that have had knee or hip replacement surgery or to treat deep vein thrombosis and pulmonary embolism. Unfortunately, uncontrolled bleeding seems to have become a serious side effect of the blood thinner and is causing health concerns of its own.

The original purpose behind the development of Xarelto was to be a safer alternative to other anticoagulants, such as Warfarin, which has a risk of brain hemorrhage. Despite its initial helpful benefits, several negative aspects should be known about Xarelto, including the amount of money being spent on marketing versus research a 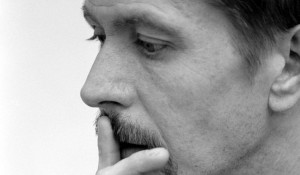 In a Nov. 6, 2014, report by the BBC, titled “Pharmaceutical industry gets high on fat profits,” reporter Richard Anderson explored the association between big drug company profits and the hefty legal fines these companies have become used to. Third on list of big malpractice fines is Johnson & Johnson, the manufacturer of Xarelto and other drugs, which received a $2.2B fine in 2013. The reason for the fines? Promoting drugs not approved as safe.

Antidotes exist for emergency situation involving bleeding from Warfarin, but no such antidote has been developed to curtail Xarelto bleeding in patients. Since there is no effective way to remove Xarelto from the blood, uncontrolled bleeding often requires hospitalization and can result in death.

Xarelto can have adverse reactions when taken with other prescriptions. Dangerous side effects can include low platelet levels, impaired functioning of the liver, brain hemorrhage and abdominal bleeding. In a study regarding the drug’s side effects, 73% of the participants experienced harmful effects after at least one dose. Other side effects noticed in the study included headache, bruising, nosebleeds, swelling, rapid heartbeat and low blood pressure.

Johnson & Johnson has been accused of investing too much money in marketing the product and not enough in researching the safety of the drug. In fact, Johnson & Johnson spent almost twice as much on marketing for Xarelto as research. Marketing at this level has produced a 19% profit margin for the company.

Have You Been Injured As A Result of Xarelto Bleeding?