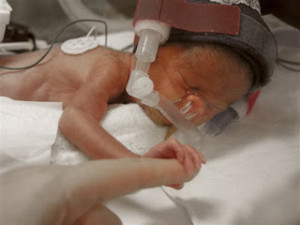 Pfizer, Inc. is currently facing more than 525 product liability lawsuits alleging that the company’s antidepressant, Zoloft, caused birth defects in babies whose mothers took Zoloft during pregnancy. The U.S. District judge who is presiding over all federally-filed birth defect lawsuits excluded several key expert witnesses in the cases, causing Pfizer to file a motion to dismiss all claims that had been filed on behalf of babies who were allegedly injured by Zoloft exposure while in the womb.

The Zoloft claims have been consolidated into a multidistrict litigation in the Eastern District of Pennsylvania in an effort to reduce similar discoveries and prevent conflicting rulings from several judges on matters that are common in all cases. In August 2014, U.S. District Judge Cynthia Rufe issued an order that restricted what plaintiffs’ experts will be allowed to testify about in terms of the reported connection between Zoloft and malformations or other birth defects in unborn children. Although these experts will be allowed to testify on other matters, the ruling may leave plaintiffs without enough evidence to support their allegations.

Pfizer filed a motion for summary judgment on Nov. 4, 2014, in which the manufacturer urged Judge Rufe to terminate the MDL because of the lack of reliable evidence on general causation. According to Pfizer, the lawsuits filed over Zoloft birth defects should fail, since no expert witnesses are allowed to testify on that particular matter. The manufacturer argued that plaintiffs would, as a result, no longer have sufficient or admissible evidence to establish the fundamental part of their claims. An opposition to this motion to dismiss must be filed by the plaintiffs by Dec. 22, 2014.

According to the plaintiffs who took Zoloft during pregnancy, the medication caused them to deliver babies with several severe birth defects and accuse the manufacturer of knowing this risk but neglecting to warn consumers or physicians about the possible dangers. In November 2006, the U.S. Food and Drug Administration updated Zoloft’s warning label to include the risk of persistent pulmonary hypertension in newborns when mothers took the drug after the 20th week of pregnancy. Several other studies found a possible link between antidepressant use and the risk of heart defects, abnormal skull development, brain defects and gastrointestinal abnormalities.

Have You Taken Zoloft During Pregnancy? Attorney Group Can Help

If you or a loved one took Zoloft during pregnancy and your child was born with birth defects, you may be entitled to a monetary compensation for your difficulties. Attorney Group can help you to determine if you have a case and if you are eligible to recover damages for your child’s condition. If we determine you have a claim, one of our affiliated attorneys can file a lawsuit with no out-of-pocket cost to you. Call Attorney Group for more information.