An unpaid overtime lawsuit may be an option for hourly and salaried employees, as well as certain contractors, who work over 40 hours a week. Federal law, and many state laws, require employers to pay employees for overtime at a rate of not less than 1.5 times their regular rate of pay. These same laws protect underpaid workers from retaliation if they pursue a claim, and an unpaid wages lawyer can help an employee recover the compensation he or she deserves.

For more information, contact Attorney Group today. Our consultations are free, confidential and without any obligation on your part. We can help answer your questions, and if you choose to pursue a claim we can connect you with an affiliated unpaid overtime lawsuit attorney who can assist you throughout the legal process.

Have You Seen an Unpaid Overtime Lawsuit Commercial?

You may have seen an unpaid overtime lawsuit commercial on television advising you of your rights if your employer has failed to pay you properly for your work. The purpose of this article to explore unpaid wages issues in more detail and help you understand your options.

As most worker know, overtime is any work performed for an employer in excess of 40 hours during the course of one workweek.  The U.S. Department of Labor (DOL) defines overtime pay requirements as follows:

An employer who requires or permits an employee to work overtime is generally required to pay the employee premium pay for such overtime work.

Unless specifically exempted, employees … must receive overtime pay for hours worked in excess of 40 in a workweek at a rate not less than time and one-half their regular rates of pay.

Rules for overtime pay are governed by the Fair Labor Standards Act (FLSA), which also provide other worker protections, including minimum wage and guidance on the proper classification of employees.

All “non-exempt” employees are eligible for overtime pay. Employees who are exempt from overtime pay under the FLSA include certain executive, administrative, professional and computer-related jobs, as well as highly compensated employees. To be exempt under these classifications, an employee must be paid at least $455 per week. Specific information on the requirements to be an exempt employee is provided in a DOL Fact Sheet.

In addition, according to the DOL website, the following types of jobs are exempt from FSLA overtime requirements:

State overtime laws may include these jobs. An unpaid overtime lawyer can help you understand state law requirements.

On May 18, 2016, the DOL issued its final overtime ruling in which regulations overseeing overtime pay were updated, potentially affecting over 4 million workers in the U.S. within the first year of implementation. Under the new provisions, nonexempt workers making less than $913 per work week (as opposed to $455 per week under the old rule) would be eligible to receive overtime pay.

The Overtime Final Rule was set to go into effect on December 1, 2016, however, on November 22, 2016, a U.S. District Court Judge in Texas granted an Emergency Motion for Preliminary Injunction, halting the implementation of the ruling. According to the DOL, the agency filed an appeal in conjunction with the Department of Justice on December 1.

Do I Get Overtime If My Employer Calls Me an Independent Contractor? 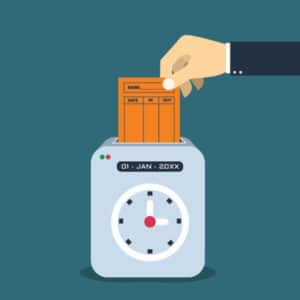 According to the DOL, factors that courts consider when determining whether a worker is actually an independent contractor include:

Jobs in which it is common for employers to misclassify their employees include:

Whether drivers for ride-share companies such as Uber or Lyft are properly classified as independent contractors is currently the subject of lawsuits.

Workers in these industries who believe that they have not been paid for overtime are encouraged to speak to an unpaid wages attorney to learn more about their rights in filing an unpaid overtime lawsuit.

Each year investigators from the U.S. Department of Labor (DOL) Wage and Hour Division find violations of the overtime provisions of the FLSA and dozens of unpaid overtime lawsuits are filed across the U.S. In many cases, workers are misclassified as independent contractors, and employees are denied their rights to overtime pay and other essential benefits and protections.

In addition to being able to initiate a claim through the DOL, workers who have been unlawfully denied overtime pay may file an unpaid overtime lawsuit with the help of an unpaid wages attorney. In those cases, the employee can seek damages for:

In certain cases, the employee can also require the employer to pay his or her attorney’s fees for bringing the action to recover unpaid overtime.

Can My Employer Fire Me for Filing an Unpaid Overtime Lawsuit? Your employer cannot legally retaliate against you for pursuing unpaid overtime. To do so will subject your employer to civil and criminal liability and will, as in an unpaid overtime lawsuit, allow the employee to seek damages for back wages and liquidated damages. If the employee is fired, he or she will also be eligible to sue for reinstatement and other remedies.

Any type of retaliation is prohibited, including:

For more information, contact Attorney Group. After you contact us, an attorney will follow up to answer questions that you might have. There is no cost or obligation to speak with us, and any information you provide will be kept confidential.