Takeda Pharmaceuticals was recently ordered by a Pennsylvania jury to pay $3.65 million in compensatory and punitive damages to a teacher diagnosed with bladder cancer after taking Actos, a well-known diabetes medication. The compensatory damages verdict was reached on February 12, 2015 in Pennsylvania state court in an Actos bladder cancer lawsuit filed on behalf of a plaintiff alleging that Takeda failed to adequately warn of the risk of bladder cancer caused by the medication.

If you took Actos to help manage your type 2 diabetes and were subsequently diagnosed with bladder cancer, contact Attorney Group. We can offer you a free case evaluation and connect you with an affiliated Actos bladder cancer lawsuit attorney who can assist you throughout the legal process. 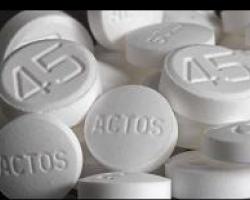 Actos is an oral diabetes drug that helps to increase the body’s sensitivity to insulin and allows sugar to circulate throughout the bloodstream. Actos is a highly popular diabetes medicine, which generated reported revenue of $5 billion in 2010 and 2.3 million prescriptions written.

The FDA restricted a similar medication, Avandia, in 2011 due to a suspected link to heart attacks. Until that time, it had been a leading drug for type 2 diabetes treatment. Actos attorneys filing lawsuits against Takeda claim that the drug maker attempted to take advantage of the Avandia restriction by aggressively marketing Actos as a safer alternative and claiming that patients would experience little or no side effects during treatment.

After two days of deliberations, the jury found the plaintiff was entitled to $2 million for pain and suffering and $318,000 for medical expenses. Additionally, the jury also found that the manufacturer acted with reckless indifference to the man’s health and handed down a $1,334,636 punitive damages verdict against Takeda. This Actos bladder cancer lawsuit is one thousands pending across the country.

Concerns of a link between bladder cancer and Actos first emerged in 2010, and was followed by the filing of product liability lawsuits nationwide against Takeda. Complaints allege the company is withholding information about the possible risk of developing bladder cancer while taking the medication and is putting a desire for profits before the safety of consumers.

In a federal trial in 2014, a jury handed down a $9 billion verdict against both Takeda and Eli Lilly, which co-markets the medication. While the total punitive damage award was later reduced to $37 million, the judge presiding over the federal litigation suggested the U.S. Supreme Court update its rules on what is considered “excessive,” in order to more effectively deter large corporations from committing the same acts exhibited by Takeda.

A Pennsylvania state court jury awarded $2 million in damages to another plaintiff in October 2014 after the woman developed bladder cancer following her use of Actos. Takada is facing more than 4,000 lawsuits filed on behalf of plaintiffs diagnosed with bladder cancer across the country.

If you or a loved one has taken Actos to treat type 2 diabetes and developed bladder cancer, call Attorney Group to learn more about your options. At no out-of-pocket cost to you, we can answer your questions. If you have a case, we can connect you with an affiliated Actos bladder cancer lawsuit attorney who can help you seek the compensation to which you may be entitled.