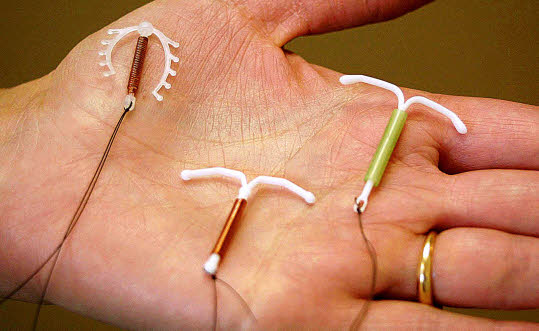 Birth Control Side Effects May Include Intracranial Hypertension

Birth control lawsuits allege manufacturers neglected to warn women that contraceptives such as NuvaRing, Depo-Provera, Yaz, Yasmin, and Mirena can cause increased pressure in the skull, a condition […] Mirena lawsuits have been filed against Bayer Healthcare with allegations of device migration, uterine perforation, ectopic pregnancy, and more. However, a recent Mirena lawsuit reportedly claims that the […] A trial date has been set for May 2015 for all federal Yasmin and Yaz lawsuits that Bayer has not settled, according to court documents. While Bayer has […]

The Mirena intrauterine device (IUD), first approved by the U.S. Food and Drug Administration (FDA) in 2000, has become a popular form of birth control for women throughout […]

A recent Supreme Court decision allows Hobby Lobby to refuse to cover four types of birth control, one being the Mirena IUD. Hobby Lobby’s refusal was predicated on […] Some prescription drug side effects seem odd and sometimes laughable. But sometimes when a patient takes the time to read the fine print, certain side effects can be […]

Zoloft Birth Defects: What Are Your Legal Options?

Recent research has indicated that women that take the SSRI anti-depressants, like Zoloft, before or during pregnancy increase the risk of their babies being born with a birth […]

An Implanon side effects lawyer notes that some women are alleging that their birth control implant migrated in their body and even became lost in some cases. The […]

Why Exactly is Yaz Birth Control So Dangerous?

Why is Yaz Birth Control Seen as a Dangerous Drug? There are many birth control options on the market today, but one of the most well-known birth control […]

Yaz Lawsuits Filed After Deaths in Canada Birth control pills have always carried with them certain health risks. Although “the pill” revolutionized birth control, the decision to use […]